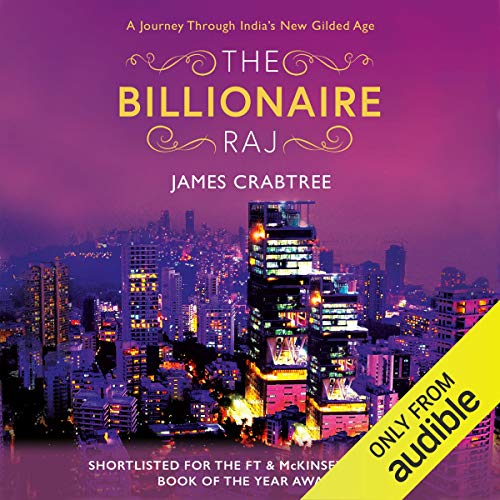 By: James Crabtree
Narrated by: Sartaj Garewal
Try for $0.00

Can one of the most divided nations on the planet become its next superpower? James Crabtree reveals the titans of politics and industry shaping India in a period of breakneck change from controversial prime minister Narendra Modi, victor in the largest election in history, to the leading lights of the country's burgeoning billionaire class.

While King of the Good Times Vijay Mallya languishes in exile in Britain, other major Bollygarchs prosper at home despite a series of scandals. Issuing jewel-encrusted invitations to their children's weddings, these tycoons exert huge power in both business and politics.

But India's explosive economic rise has driven inequality to new extremes. Millions remain trapped in slums and corruption is endemic. Reformers fight to wrest the nation from these dark forces, leaving its fate poised between that of a prosperous democratic giant and a saffron-tinged version of Russia.

What listeners say about The Billionaire Raj