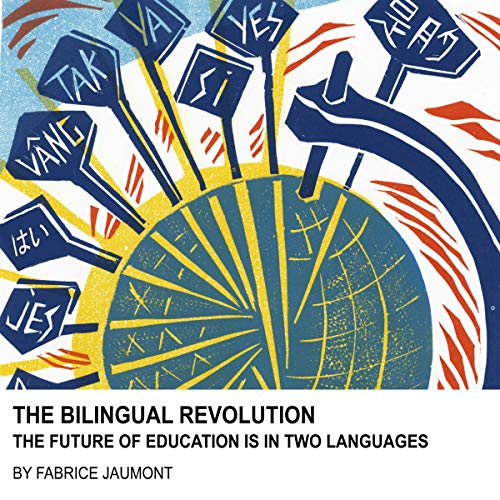 Conceived as a practical, accessible "how to" guide, The Bilingual Revolution is the story of a movement to bring dual language education to public schools told through the eyes of founding parents and educators. These pioneering mothers, fathers, teachers, and principals share the belief that bilingual education can positively transform a child, a school, a community, and even a country.

Although the roots of bilingual education in the United States can be traced back to the 17th century, a new push to embrace heritage languages, produce bilingual global citizens, and create a cultural sense of community is taking the education sector by storm. New York City provides the backdrop for the audiobook, where parents have fought for access to various bilingual public school programs from preschool to high school. Similar programs have developed in hundreds of cities in the United States and around the world.

The Bilingual Revolution tells the story of successes and setbacks of parents and educators through vignettes that yield practical advice. In their diversity, these portraits paint a picture of a viable 21st-century solution to preserve linguistic heritage and to raise a generation of young bilingual, bi-literate, multicultural citizens of the world. The audiobook will inspire and engage listeners who want to create their own bilingual programs.

Being bilingual can become the new norm, and it starts with our youth and our education systems. A bilingual revolution for the common good is already underway.