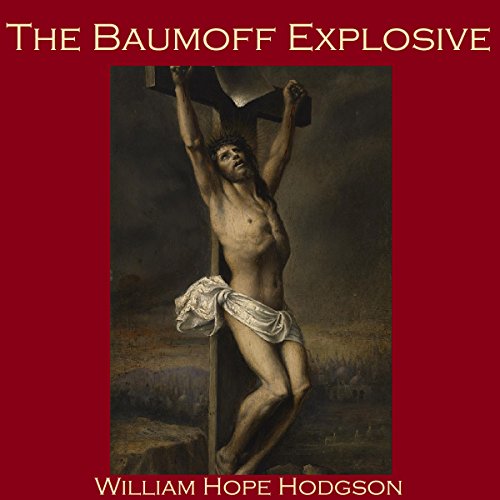 William Hope Hodgson (1877-1918) was an English author. He produced a large body of work including horror, fantastic fiction, and science fiction stories.

'The Baumoff Explosive' (sometimes known as 'Eloi, Eloi, Lama Sabachthani') was first published in 1919. This story is one of Hodgson's most powerful and disturbing and is especially relevant to modern times because of its themes of blasphemy, religious mania, obsession with the crucifixion of Jesus, and suicide bombing.

A group of friends is discussing the rumour that a strange new explosive has been invented by a man named Baumoff, which has the effect of creating a temporary area of darkness. One of those present describes his last meeting with Baumoff - a scientist who is also profoundly Christian and obsessed with the crucifixion.

Baumoff believes that aspects of the crucifixion story - in particular the sky turning black between the sixth and ninth hour - have a rational, scientific basis. He believes the human psyche can affect the aether and impede the transmission of light.

Baumoff demonstrates how a tiny quantity of a chemical compound, when crushed and burned, creates a region of temporary darkness. Baumoff then goes on to demonstrate what happens when the substance is 'burned' (metabolised) within his own body. While his friend watches in horror, Baumoff's heart rate and respiration increase dangerously, and he begins driving metal spikes into his hands and feet to simulate the pain of Christ's crucifixion.

The narrator begs him to stop his demonstration, but Baumoff insists that the narrator only observe and take careful note. But as the experiment continues, things become increasingly sinister...and it becomes clear that Baumoff has unleashed forces which he cannot control.