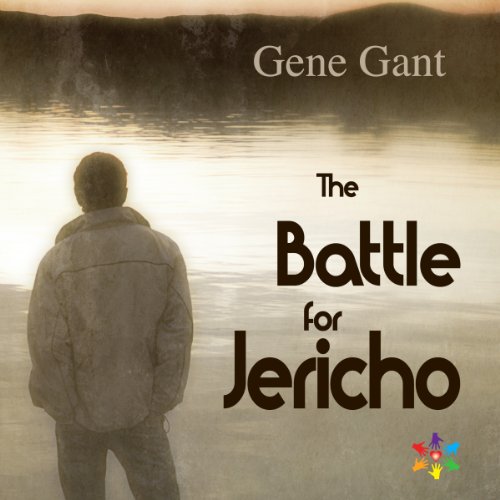 The Battle for Jericho

A battle is brewing in the conservative little town of Webster's Glen. Gay activist Dylan Cussler stirs up the establishment when he moves in with his boyfriend and sues the state over its gay adoption ban. Sixteen-year-old Jericho Jiles and his best friend, Mac Travis, decide to do their bit to convince Dylan and his boyfriend to leave town. But when Dylan turns up before they can finish trashing his house, Jericho panics, leaving Dylan unconscious and wounded.

Drowning in guilt, Jericho returns to Dylan's home to make amends. He is surprised when Dylan forgives him and opens his eyes to the world around him. Soon Jericho comes to a life-changing realization: he is attracted to boys as well as girls. That's a problem, considering Jericho has a girlfriend and very strict, very religious parents. Accepting his sexuality means he must question not only his identity and his place in the world but his relationship with his girlfriend, his parents, and with God.

And so begins the battle for Jericho's soul.

What listeners say about The Battle for Jericho

Coming of age, Contemporary gay YA

For the most part, yes. Jericho's parents grated my nerves at times, but overall Paul Morey delivered a great read, as usual.

Jericho! I loved how he learned to think for himself.

Have you listened to any of Paul Morey’s other performances before? How does this one compare?

Oh yes, he is my favorite narrator. I do prefer when he tells the more adult, sexy stories, but his voice is just so mesmerizing you can't not get caught up in whatever book he's retelling.

Could you see The Battle for Jericho being made into a movie or a TV series? Who should the stars be?

Oh yes, an ABC after school special. In the final Harry Potter there were the two sidekicks with Malfoy, the black kid could totally play Jericho. The guy from Beautiful Creatures could be Hutch.

Jericho Jiles is your average everyday teenager with slightly over bearing and definitely strict, religious parents and a couple of best friends that are going to get him into more trouble than he realizes. When a gay man and his partner move into the neighborhood and petition the court to allow them to adopt, Jeri’s little town is in an uproar. Of course Jeri thinks it’s wrong, evil and disgusting. Because that is what he has been taught to think. But when a prank goes wrong and Jeri winds up hurting the man inadvertently, he starts to question what he’s been taught to think.

Dylan Cussler is an attorney and a gay advocate, helping at risk and confused LGBT youth through a local group. The stress and strain of moving to an extremely homophobic town and the disappointment of not being able to adopt sent his lover packing, and then someone breaks into Dylan’s home and trashes the place leaving Dylan with several stitches as a parting favor. The last thing Dylan expected was for the teenager that clocked him to show up on his door step, or show any type of remorse for what he did. But then the teenager really floors him when he tells Dylan he’s gay.

At first Dylan toys with Jericho, creating an elaborate gay agenda contract for Jeri to sign, giving him stupid and illogical rules he has to follow to be a good gay man. What started out as some sort of psychological penance for Jeri, turns into something more when he really attempts to do as Dylan suggests, actually act gay. In a random turn of events, Jeri finds out one of his best friends is gay and the two try to date. It is not without some absolutely hysterical bumps in the road, but practice makes perfect, and with time Jeri’s feelings for Hutch grow into something more than just friendship.

In a wildly original story the proverbial straight guy, would be homophobe becomes the bi-sexual spokesman of his own one man band. I liked the originality of this story, how Gant took a sixteen year old young man and opened the eyes he never realized were closed, to a world of possibilities. What I didn’t like about the story was Jericho’s conservative, uber religious parents. How they figuratively brow beat him with their beliefs and their bible and went way overboard with some of their punishments. NOT abusive, don’t get that impression, just over bearing and just too much.

It was interesting for me to follow along with Jericho as he struggled with what he had been taught and what he was starting to feel the more open he became to a relationship with Hutch. Now Hutch’s parents were the abusive assholes of this scenario, his father even going so far as to go after Jericho in an attempt to find Hutch when Jericho’s parent’s helped him escape his abusive home life. Which is why I didn’t hate Jiles in the end, they did go out of their way to help Hutch regardless of how they felt about he and their son being boyfriends.

Narrated by the man, Paul Morey, lord I just love his voice. This is the first book I’ve listened to from him with the level of vulnerability he brought to Jericho though, and it really added more depth to that character. His voice just flows like honey, so sexy and honest, I will buy an audiobook simply because he is reading it.

This story is not quite as dark as the synopsis leads you to believe, but there is still an element of darkness there. Mostly it’s a great coming of age story about the struggles of a young man coming to terms with his sexuality and his personality at the same time. I’d recommend this read if you are a fan of gay YA stories.