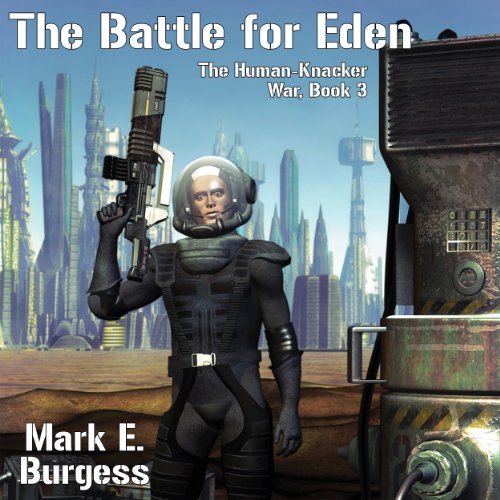 The Battle for Eden

The Battle for Eden

A spacefaring horde of carnivorous crab-like aliens known as the Knackers is advancing toward the human core worlds, decimating outlying systems as they go. When the invaders approach Eden, one of the most beautiful and populous planets in the Human Federation, it is up to SpaceForce to make a stand.

In the skies over Eden, the battle rages - and one war-weary fighter, Major Simon Roy, falls to ground in his wounded ship. There he takes refuge with a brave family of farmers living peacefully in the idyllic countryside. When the aliens overwhelm the planet, the impromptu companions find themselves isolated and in peril. As they fight for survival, can Simon rediscover his humanity, and find a way to make his own stand against an enemy that has never been defeated?