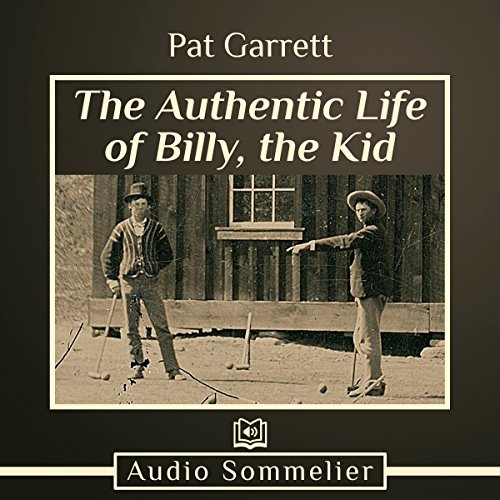 The Authentic Life of Billy, the Kid

Billy the Kid was a real-life outlaw, a cattle rustler in the Southwest who was wanted - dead or alive. One fateful night in 1881, he was shot and killed in a darkened room by nemesis Sheriff Pat Garrett. With this account, the sheriff aimed to set the record straight about his final showdown with the Kid. Since its publication, The Authentic Life of Billy, the Kid has served as a primary source on this legendary outlaw’s life for historians and storytellers alike.

What listeners say about The Authentic Life of Billy, the Kid

He yawns in the middle of reading an audiobook!!!

This guy is terrible. He makes a clicking noise whenever he makes a mistake reading. He YAWNED at one point. He uses a fake western accent throughout. It made the content unenjoyable.

the ending is missing but probably does not affect the outcome., unless Billy survives being shot?