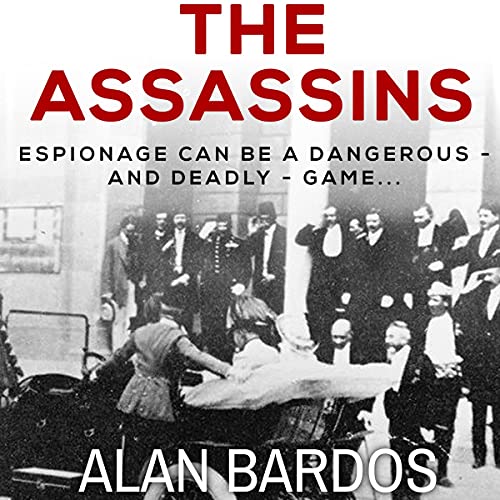 By: Alan Bardos
Narrated by: Jack Bennett
Try for $0.00

Tensions are reaching boiling point in Europe and the threat of war is imminent.

Johnny Swift, a young and brash diplomatic clerk employed by the British embassy is sent to infiltrate the "Young Bosnians", a group of idealistic conspirators planning to murder Franz Ferdinand. The heir to the Austro-Hungarian throne, in a bid to liberate their country from the monarchy’s grip.

Swift has been having an affair with his employer’s wife, Lady Elizabeth Smyth. Sir George Smyth dispatches the agent on the dangerous mission, believing that it will be the last he will see of his young rival.

However, Swift soon realises that he may be in over his head. His gambling debts and taste for beautiful women prove the least of his problems as he struggles to survive on his wits in the increasingly complex - and perilous - world of politics and espionage.

Desperate to advance himself and with the lives of a royal couple unexpectedly in his hands, Swift tries to avert catastrophe.

Alan Bardos studied an MA in TV Script Writing at De Montfort University. He has experimented in different genres and media, and has found his voice in writing historical fiction.

"Written with polished panache, it kept me gripped from the first to last." (A.A. Chaudhuri, author of The Scribe)

What listeners say about The Assassins

Just started listening to this lounging out in the garden in a hammock in the sun. I am already totally addicted! I love the book and can't wait to find out what Jonny is going to be getting up to next. The narrator is really easy to listen to and really provides some.extra 'colour' to the text. Fantastic!

An entertaining and informative story

Not my usual type of read, but I'm very happy that I gave it a chance. I was gripped by the story and the excellent characters, especially the lead, Johny Swift.
Jack Bennett's performance was excellent, and really conveyed the humour and excitement of the story.
I will definately be looking to read more from Alan Bardos.