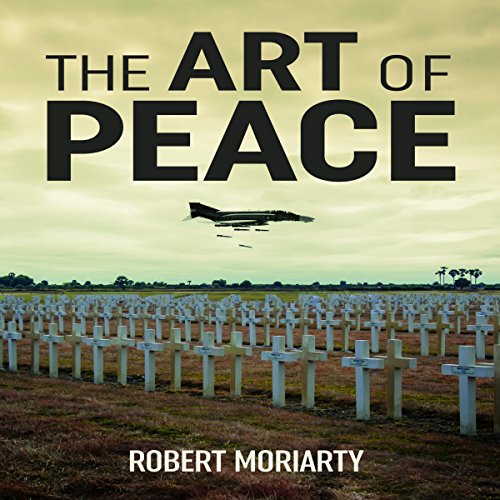 The Art of Peace

The Art of Peace

By: Robert Moriarty
Narrated by: Joel Allen
Free with a 30-day trial

Smedley Butler, the most decorated marine in US history, said, "War is a racket". Follow the experiences of one of the most highly decorated veterans of the Vietnam War and see the conclusion he came to about the warfare state. The book will take you through his military career. He discusses both what he did during his time in service and comments on the state of endless wars the US finds itself embroiled in today. Empires end when they begin to enter into military adventurism. At that point either the empire goes into bankruptcy or another country defeats it in war. There are no other alternatives.

What listeners say about The Art of Peace

This book is a memoir of Moriarty’s military service in Vietnam. Moriarty tells of his missions as a Marine pilot. He went on to become one of the most decorated pilots in the Marine Corp during the Vietnam War. The author flew the 0-1 Bird Dog (Cessna L-19/0-1 Bird Dog single engine liaison and observation aircraft) and the McDonnell F-4 Phantom Jet. He made 832 combat missions in Vietnam.

Into his narrative, Moriarty tossed in various comments about his missions, the hubris of the leaders, politics of the war and the anti-war movement. Moriarty states that we did not have a strategy other than to stop communism. The enemy however had been fighting for independence since 1930. He called the Vietnam War America’s first unwinnable war.
The memoir is well written and easy to read. I enjoyed his section about his Marine Corp training and flight training. He said John McCain was one of his flight instructors. It is an interesting book to read if you are interested in the Vietnam War.

The book is just over nine hours long. Joel Allen does a good job narrating the book. Allen has a fast delivery style of narrating. Allen is an actor and audiobook narrator.