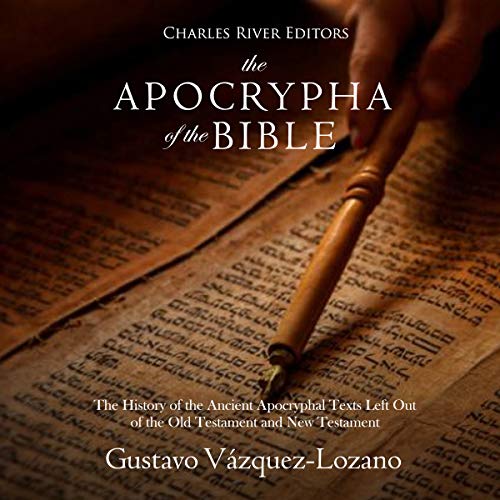 The Apocrypha of the Bible

The study of the apocryphal gospels, documents about the life or sayings of Jesus that did not become part of the New Testament, is a popular discipline among scholars that now fills several shelves of any respectable library. Despite the growing secularization of society, there seems to be an appetite for the historical figure of Jesus. However, few consider the question of whether the Old Testament, also known as the Hebrew Bible, is "complete", and whether in antiquity there were other books besides Genesis, the Exodus or Judges, with different histories and unknown characters, that were excluded from the canon and got lost in the sands of time.

Recent archaeological and textual discoveries have revealed that literary production among the people of Israel before the life of Jesus was much more extensive and varied than previously supposed. The earliest Christian and Jewish exegetes were aware of some texts whose status was imprecise.

Between 50 and 90 CE, the various writings that comprise the New Testament were written, including the Four Gospels, the Acts of the Apostles, the Epistles of Paul, and other letters to more general communities of the early Church. But what is recognized as the 26 books of the New Testament today, in literally hundreds of English translations, actually took several more centuries to be determined as “canonical” by the Church. In fact, it was not until a synod in Rome in 382 that the Church in the West formally adopted a list of the canonical books of the New Testament.

Even today, not every branch of the Christian church agrees on which writings should be regarded as "canonical" and which are "apocryphal", even though some apocryphal texts often have noticeable links with books regarded as "canonical". Regardless, the New Testament Apocrypha refers to texts written by early Christians that were not included in the Bible used by the main branches of Christianity today. These texts vary in subject matter, with some being accounts of Jesus, others being about the nature of God, and still others being accounts and teachings of Jesus’ apostles. What makes them fascinating is not just the history behind why they are considered non-canonical, but what they tell us about the early Church and early Christianity. Moreover, they offer insight into what sources were used to write them, and whether they shared the same sources as the texts that comprise the Bible today. Given their historical and religious importance, there is still a fierce debate over the authenticity of many of these texts.

What listeners say about The Apocrypha of the Bible

Written by someone with no understanding of the Bible. Too many incorrect interpretations and opinions. Next time just translate the book and read it out loud and keep your opinions to yourself.