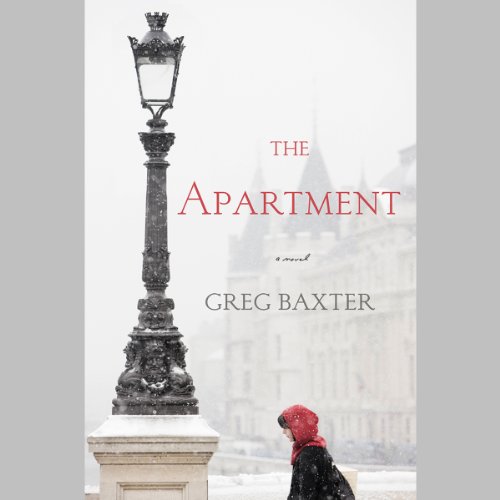 A powerful and elegant debut audiobook about love, memory, exile, and war.

One snowy December morning in an old European city, an American man leaves his shabby hotel to meet a local woman who has agreed to help him search for an apartment to rent.

The Apartment follows the couple across a blurry, illogical, and frozen city into a past the man is hoping to forget, and leaves them at the doorstep of an uncertain future - their cityscape punctuated by the man's lingering memories of time spent in Iraq and the life he abandoned in the United States. Contained within the details of this day is a complex meditation on America's relationship with the rest of the world, an unflinching glimpse at the permanence of guilt and despair, and an exploration into our desire to cure violence with violence.

An audiobook about how our relationships to others - and most importantly to ourselves - alters how we see the world, The Apartment perfectly captures the peculiarity and excitement of being a stranger in a strange city. Written in an affecting and intimate tone that gradually expands in scope, intensity, poetry, and drama, Greg Baxter's clear-eyed first audiobook tells the intriguing story of these two people on this single day. Both beguiling and raw in its observations and language, The Apartment is a crisp audiobook with enormous range that offers profound and unexpected wisdom.

Beautifully Written and Narrated; Not Satisfying

Not entirely. The book is beautifully crafted with precise wording. But there is a build up of intimacy between the two main characters that doesn't in my opinion go very far.

The intimacy that's there is nice but too superficial.

Have you listened to any of Peter Powlus’s other performances before? How does this one compare?

The narration is excellent and fits the book. This is my first time listening to a narration by Peter Powlus and I would happily listen to more.

Do you think The Apartment needs a follow-up book? Why or why not?

I don't think a follow up book is called for unless the author is willing to go deeper and risk more. I doubt that he's ready for that.

The main character's lack of ambition wore on me and I felt at the end of the day the build up in the first part of the book went nowhere.