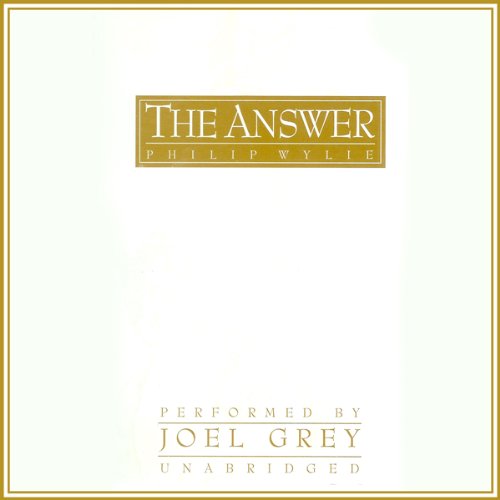 It's the 1950's; after a nuclear blast in the mid-Pacific, a Thoreau-reading American Air Force General makes an unexpected and troubling discovery. There, in a flowery field on a tiny island in the middle of a vast ocean, is an angel, its beautiful face frozen in a death mask and its huge wings wrapped around an inert body. As the general ponders this mystery, the Soviets discover their own angel after a similar nuclear test in Siberia. Are these twin phenomena a ploy in the ongoing hostilities between two international powers? Or has divine intervention actually pointed the way toward a new political era?

Out of the confusion and dismay provoked by the discovery of these ethereal messengers comes a message both simple and profound. Originally published in 1955, this enchanting, sometimes chilling novella tackles a question that has plagued human since civilization began: How can we live together in peace?