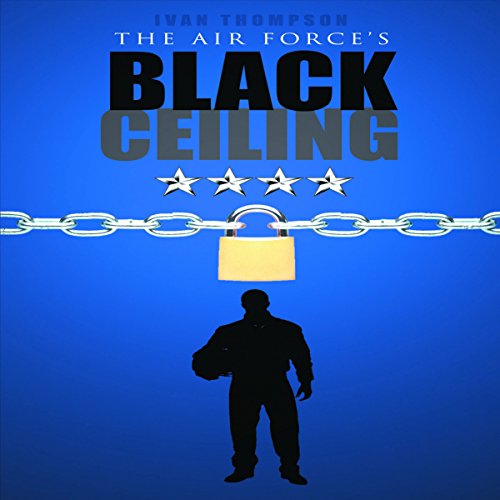 The Air Force's Black Ceiling is a view of diversity in the air force from one man's over 28 years in the US Air Force. This view begins with his perspectives and insights as an air force academy cadet and continues with his progression through company and field grade ranks. It also includes special insights gained while serving on the Secretary of Defense's Diversity Task Force as the Deputy Director of the Defense Business Practice Implementation Board.

The author's view of diversity has been bolstered by face-to-face interviews with five former African-American Air Force four-star generals and numerous current and former African-American generals in the air force and the army. The author's views are also influenced by numerous discussions with former graduates of the US Air Force Academy, his work with the Tuskegee Airmen chapters, and his own detailed research into the biographies of former air force chiefs of staff and former strategic, tactical, and air combat commanders.

The title might imply that the "black ceiling" has been put in place on purpose by senior air force leaders.... the listener will find out that isn't the case. The listener, however, will find out that there are very distinct remnants of an intricate system of exclusionary development practices, cultural practices, stereotypes, and biases that have served to keep the ceiling in place for African-American men throughout the air force's existence.

The author redefines diversity in an effort to show that certain doors in the US Air Force still remain solidly closed to African-Americans in 2016. Previous definitions of diversity allowed the air force to appear successful if it had a black four-star general on the roster. The author's definition keys in on diversity in the fighter pilot ranks. This is a critical distinction. It is a pivotal distinction to point out that, until 2015, the air force has never had so much as a three-star general in charge of fighter or bomber forces in tactical, strategic, or air combat command or in US Air Forces in Europe. There has never been a four-star commander of any of these commands. A generation of fighting the Cold War in Europe, nearly a generation of war-fighting in Iraq, with no African-American three-star generals leading the fight until 2015.

The author shows in detail the selective and exclusionary development of non-minority officers from the time of commission, only to point to changes that must be made to change diversity where it is needed most: fighter pilot general officers.

The Air Force’s Black Ceiling is a fantastic listen and I recommend it to anyone who wants to expand there views on the Air Force. The book delivers extensive detail and has many facts supporting the topic. It’s very well laid out and is a must to listen to.

The research of Lt. Col. Thompson is both eye opening and compelling. change is needed