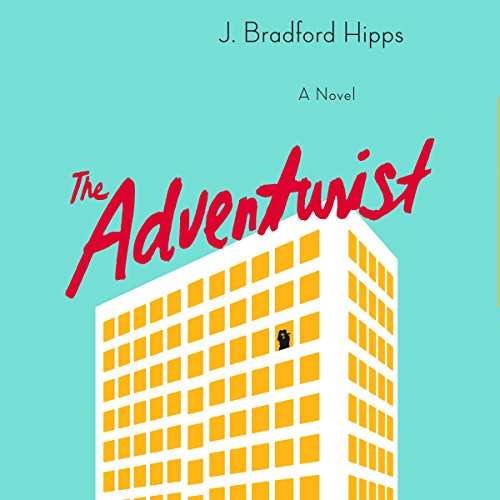 By: J. Bradford Hipps
Narrated by: George Newbern
Try for $0.00

In the anonymous office park of a modern software company, whip-smart software engineer Henry Hurt is a man in the middle: of life, of career, and of self-assessment. Mired in his corporate responsibilities, Henry's deathless office existence is torpedoed by losing his mother.

Overcome by "the pall", Henry seeks escape in a quest for love and purpose occasioned by a crisis in his company's fortunes. Dodging an Iago-like rival, he finds love with a colleague in his department, endangers his bond with his family, and finally confronts the single urgent question of his life.

The Adventurist is about relationships: Henry has complicated ones with his sister, Gretchen, who has stayed at home with their father; his lover, Jane, a sleek and efficient mirror image of Henry; and a tantalizing potential girlfriend, Madison, the ultimate free spirit. But his relationship to his corporate and familial responsibilities may change his fortunes even more than the women in his life.

What listeners say about The Adventurist