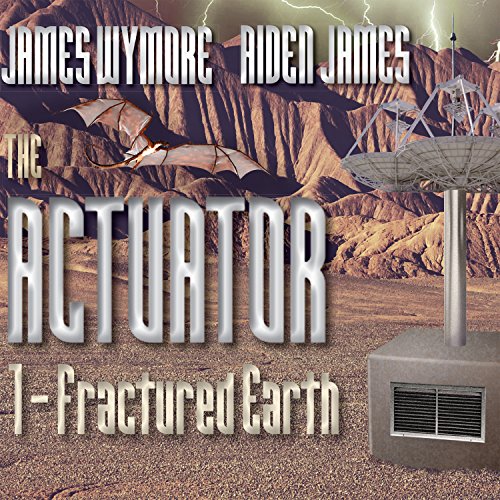 By: James Wymore,Aiden James
Narrated by: Roger Wayne
Try for $0.00

On a secret military base tucked in a remote desert mountain, a dangerous machine lies hidden from the American public.

Known as the Actuator, this machine is capable of transforming entire communities into alternate realities. In theory, these often terrifying realities are reversible. The scientists in charge of this machine employ operatives called Machine Monks, who attune their minds to manifest single ideas from the realms of fantasy and science fiction. These ideas are then superimposed upon sparsely inhabited areas for testing.

For a while, the enigmatic Actuator cooperates with the experiments, using dampeners to limit the affected area. But those in charge of the project eagerly anticipate exploring the full potential of this amazing device. Experiments progress to where they feed more than 20 different genre ideas simultaneously into the Actuator's database.

Meanwhile, an unknown saboteur dismantles the dampeners. The effect is catastrophic. The entire world is plunged into chaos. Overnight, the Actuator becomes the worst menace the earth has ever seen, claiming lives in staggering numbers. Can a few surviving Machine Monks band together to set things right again?

What listeners say about The Actuator: Fractured Earth

A Nightmare Machine, or Utopia?

As much as I like to read, I have to admit that the idea of a machine that can change things into my favorite genre and story is a bit terrifying. This story explores all of the things that can go wrong with that scenario. I finished listening to this audiobook today, and it was a wonderful experience. The narration is top-notch, and I can only hope that the next book will also be released as an audiobook with the same narrator.

If you could sum up The Actuator: Fractured Earth in three words, what would they be?

This story truly illustrates that your fantasies can go well beyond your control and isn't necessarily the dream you supposed it to be, that heaven and hell can be one and the same in some places and ways. I can't wait for the second book to be released on audio. It only took me a few days to get through this one and was captured by its many worlds and wonderful characters.