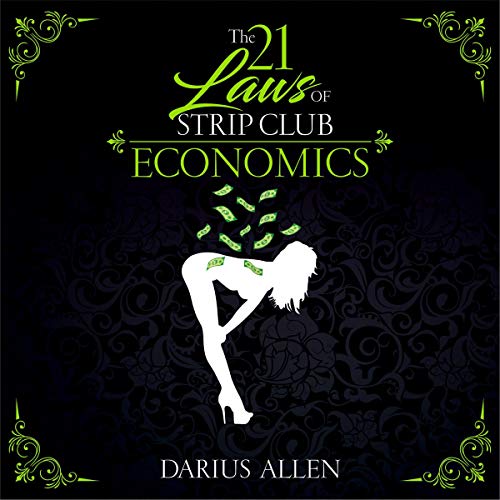 The 21 Laws of Strip Club Economics

By: Darius Allen
Narrated by: Joshua Carver
Try for $0.00

While most patrons strive to be strip club veterans, there are a chosen few who see beyond the bells and whistles, and focus mainly on intrinsic value and getting the most bang for their buck. Those strategic and resourceful patrons are the economists of the jungle. And they have a PhD in strip club economics.

Written in the spirit of 18th-century political economist and philosopher, Adam Smith, who is dubbed the “Father of Modern Economics”, Darius Allen aims to present the first comprehensive text on a field of study that is alive and bubbling, and extremely relevant in mainstream society.

Whether you acknowledge it or not, there is an ever-growing strip club culture. All you have to do is utter these three words, “Make It Rain”, and watch the hands around you start flicking away. And although the strip club industry is evolving and expanding into new territories, the economy is still going strong like the relationship between a Regular (patron) and a Favorite (stripper). But as a discipline, it is undisclosed, unaccredited, and shunned in the halls of academia - until now.

This one-of-a-kind audiobook will intertwine the theories learned in the school of economics and the stripes earned in the jungles of the strip club industry - giving a new twist (and twerk) to the term "Freakonomics".

The 21 Laws of Strip Club Economics re-introduces and examines such economic theories and concepts, including:

What listeners say about The 21 Laws of Strip Club Economics

Superfluous words are 90% of this thing. It isn't funny or entertaining like freakonomics style approach might have gone. No amusing stories with science speckled in like a Mary Roach book. This isn't academically valuable, the constant application of economic glossary terms is often a stretch and leads me to believe doesn't grasp the terms beyond what an econ 101 course might cover for an exam. Seriously, the author keeps applying the phrase "game theory" without any indication of humor or that they have any knowledge of what this brach of economics even is. The whole thing is a click bait buzzfeed article by someone who took one econ class and then copy and pasted a bunch of glossary terms to their joke(?) essay idea.