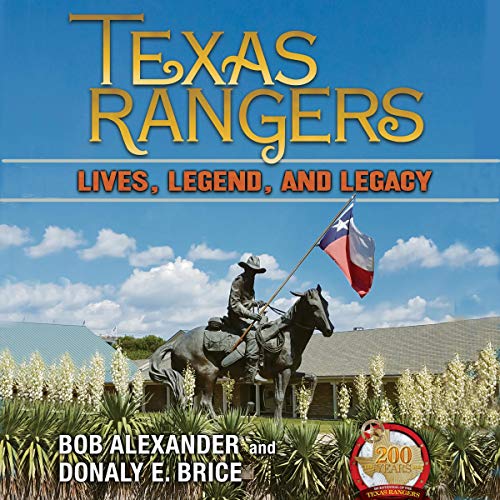 Authors Bob Alexander and Donaly E. Brice grappled with several issues when deciding how to relate a general history of the Texas Rangers. Should emphasis be placed on their frontier defense against Indians, or focus more on their role as guardians of the peace and statewide law enforcers? What about the tumultuous Mexican Revolution period, 1910-1920? And how to deal with myths and legends such as One Riot, One Ranger?

Texas Rangers: Lives, Legend, and Legacy is the authors’ answer to these questions, a one-volume history of the Texas Rangers. The authors begin with the earliest Rangers in the pre-Republic years in 1823 and take the story up through the Republic, Mexican War, and Civil War. Then, with the advent of the Frontier Battalion, the authors focus in detail on each company A through F, relating what was happening within each company concurrently. Thereafter, Alexander and Brice tell the famous episodes of the Rangers that forged their legend, and bring the story up through the 20th century to the present day in the final sections.

The audiobook is published by University of North Texas Press.

"With fresh research and lively narrative, this is a single-volume work that should be on the shelf of every Texas history buff." (Bill O'Neal, state historian of Texas)

"A welcome and highly valuable source as a one-volume history of the Texas Rangers." (Southwestern Historical Quarterly)

"Two of the most preeminent Texas Ranger historians have teamed up to create the most comprehensive one-volume history of the illustrious Lone Star lawmen ever published." (True West)

What listeners say about Texas Rangers: Lives, Legend, and Legacy