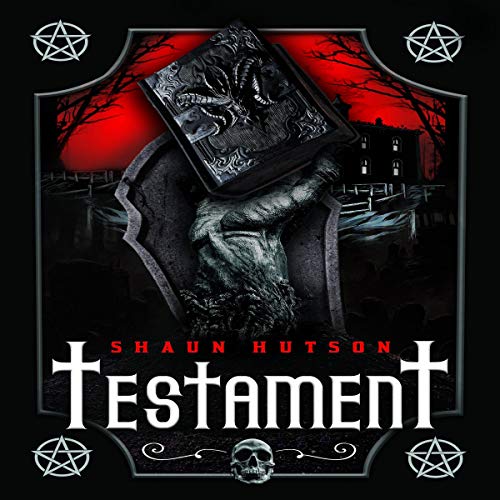 By: Shaun Hutson
Narrated by: Andy Stevenson
Try for $0.00

For some, death is just the beginning. You have a chance to save the world or the only person you ever loved. What would you do?

Sean Doyle faced danger, death, and other things he'd rather forget during his time in the Counter Terrorist Unit. But times change, even if Doyle doesn't. He's older, but no wiser, and the world he knew has changed.

Now, he finds himself working as a private security consultant in Baghdad, still a city in turmoil. His job is to protect the men working on a new rail line from terrorist attacks. For Doyle, it seems like old times, but this time, it's a different kind of enemy.  However, someone from his past arrives to offer him the kind of work he was made for. Doyle is given the chance to rejoin the Counter Terrorist Unit.

The reason is that a case he worked on 30 years earlier has been reopened. A man he thought was dead has been spotted in the company of the Russian mafia. But how can this be? Doyle knows that he himself killed this man one fateful night in Ireland back in the '80s.

The lure of his old life is too much, but when he returns, he discovers there are some catches. After physical and psychological tests, he will have to work with a partner. A man half his age, who seems to embody everything Doyle despises. Between them, these two will have to hunt down the man who Doyle thought was dead. A man with limitless wealth, twisted desires, and the mind of a monster. The man responsible for the death of the only woman Doyle ever loved. It's meant to be a mission, but for Doyle, it's what he does best. It's revenge.

However, when the time comes, he will find answers that threaten not only his life, but his sanity. His old, blood-spattered world will come hurtling back to engulf him, and a decision must be made that defies reason.

Sean Doyle is back, but might wish he wasn't...

The godfather of gore returns to his horror roots with a book that will haunt you. Hours of chills and scares for less than half the price of a 90-minute movie.

"An expert in the art of keeping the reader turning the pages." (Time Out)

"The one that writes what others only dare imagine." (Sunday Times)

What listeners say about Testament

I'd never read or listened to a story by Hutson before, but knew he had a pretty successful run of horror novels so I Jumped on the opportunity to listen to this and was not disappointed. Sean Doyle, previously of a Counter Terrorism Unit, is older and employed as private security but when the opportunity to go back to his old life arises the temptation is too much. Things are different now however as he needs a team rather than solo as they go after a man from his past.

It's gripping, frenetic, and exciting and of course gruesome and horrific in the right places, doing a solid job of working double duty as a thriller and a horror story. And the narration provided is top notch as well bringing such a story to life and giving it voice.

The storyline is good.The horror was WAY too gruesome for me. Narrator Andy Stevenson was good.I was given this free review copy audiobook at my request and have voluntarily left this review.'

I havent read a Hudson book in a long time... but boy will I be catching up on all ive misses after reading this. great story and really got into it

Why give Doyle a cockney accent? Narrator nearly ruined it, another awesome book, another Hutson classic.

Good story, shame about the narrator.

This is a pretty good book but the narrator was really naff.

His accents for the different characters were terrible especially his go at Australian. It was laughable and really detracted from the story.

The other thing that really bugged me was the way he portrayed female characters in the book, making them sound weak and stupid when one of the characters was clearly strong and on the ball.

I would return the book because of this.

A slow start, but worth the wait...

The first few chapters didn't grip me like other Shaun Hutson novels, and I was going to quit, but I'm glad I didn't. About an hour and a half in the book starts to unfold, and the story becomes the usual graphic, twisted, guessing game expected of this authors work.

I loved this story from start to finish. It was absolutely worth the wait from Shaun Hutson. He is a master of page turning, story telling where you just can’t wait to find out what’s coming next.

It was also wonderfully narrated which is so important with audiobooks.

No complaints whatsoever. I simply cannot wait for the next release from Shaun!

I love a good, evil villain!

Well, this was a bit of a retro romp for me!
I was a big Shaun Hutson fan back in the day,
so this novel felt like a school reunion to me,
especially with all the metal music quotes!
I did enjoy the book, although some of the
repetition would have been better edited out.
Honestly? The narrator, Andy Stevenson, MADE this tale for me! His characters were clearly defined and extremely well played. He gave such a skilled performance. The poor bloke even had to sing AND play an immortal demon – but not, thankfully, at the same time..
In conclusion, I have never really understood why some audible customers have favourite
narrators. Now I do!

*This book was given to me for free at my request and I provided this voluntary, unbiased review*

I've not read any Shaun Hutson for donkey's years, so I was pleased to see some of his work now on audible and this newer story is typical Hutson, high speed thriller with a twist of horror. Andy Stevenson's narration makes the performance thoroughly enjoyable.
I was given this free review copy audiobook at my request and have voluntarily left this review.

Shaun Hutson is not an Author that I’m familiar with; this is his first book for me. I came across Testament as I’ve listened to some of the other work by the Narrator, Andy Stevenson. The book has obviously been well researched and it made interesting listening; even if the ending wasn’t what I had hoped for. The characters were brought to life by Andy’s versatile range of voices. A few gruesome scenes and bad language, but once I got over that I found the story gripping and compulsive and had to finish the book quickly.