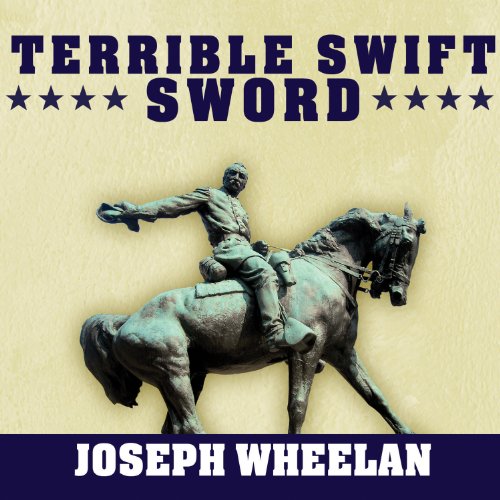 Alongside Ulysses S. Grant and William Tecumseh Sherman, Philip H. Sheridan is the least known of the triumvirate of generals most responsible for winning the Civil War. Yet, before Sherman's famous march through Georgia, it was General Sheridan who introduced scorched-earth warfare to the South, and it was his Cavalry Corps that compelled Robert E. Lee's surrender at Appomattox Courthouse. Sheridan's innovative cavalry tactics and "total war" strategy became staples of 20th-century warfare.

After the war, Sheridan ruthlessly suppressed the raiding Plains Indians much as he had the Confederates - by killing warriors and burning villages - but he also defended reservation Indians from corrupt agents and contractors. Sheridan, an enthusiastic hunter and conservationist, later ordered the U.S. cavalry to occupy and operate Yellowstone National Park to safeguard it from commercial exploitation.

"Wheelan has delivered an exciting and crisply written biography that, especially in his accounts of battles, fairly gallops across the page in the company of a personality who seemed to his own contemporaries like a god of war incarnated in the body of a pint-size Irish immigrant." ( Wall Street Journal)

Full of history but just a little long

I never much thought about Sheridan. Grant, Sherman and Custer yes, but not so much about Sheridan and for that I missed so much history until I listened to this book. I have really nothing bad to say and do recommend it to all those interested in the Civil War and the American West. If this book has any flaw I would say it is just a little too long but still, well worth the read.

well written and interesting book on one of out greatest generals. narrative was well spoken

Give it time to warm up

it really was B+ at best until it got to the point when Sheridan took over the Shenandoah Army. Then it got very good.

I know it is a matter of personal taste, but this is the first Audible book than I have found to be almost unlistenable. Some will find it otherwise, but for my sensibilities the style sounds sycophantic and hyped up.

Story of his life after Civil War was better

Would you listen to Terrible Swift Sword again? Why?

I would listen again to follow the story with a map in hand. There is such excellent detail, it is a waste not to be able to follow it as different engagements occur.

Sheridan was my favorite because of how he handled each situation and how you could see his instinct became engaged.

Have you listened to any of R. C. Bray’s other performances before? How does this one compare?

While you think you might be right, Phil is!

Excellent insight to a historical giant...from the civi war to a founder of Yellowstone. Big book of a "little" man who changed the world as well as America.

Best of the best.

According to his commanding generals (Ulysses S Grant and William Tecumseh Sherman) Philip Sheridan was the best of the best amongst all Union generals, and this audiobook does a great job in explaining why that was the case. The only Confederate Gen. that came close to Philip Sheridan in warrior spirit was Stonewall Jackson