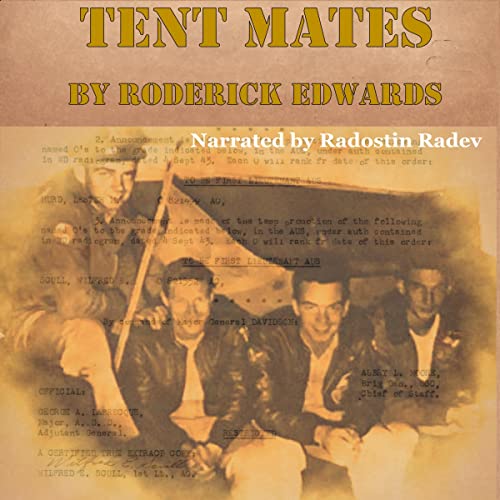 By: Roderick Edwards
Narrated by: Radostin Radev
Try for $0.00

Third in a series of true stories of World War II cargo pilots that flew missions over the Himalayan mountains, made famous in film by the movie The Hump.

Follow four tentmates lives as they join the military from their hometowns, train to fly a variety of planes, and travel to India, where they are stationed for three years of their lives.

This book isn't about combat, but rather about humans and their struggles and accomplishments. Compiled from preserved documents and photographs, this book and the two before it recount the daily situation of being a C-47 pilot in World War II.

What listeners say about Tentmates