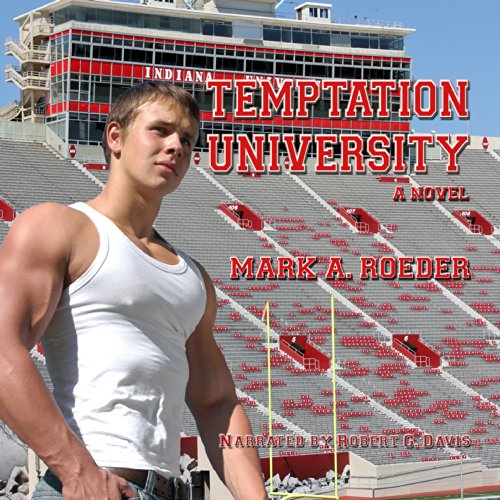 Brendan is beginning his college football career at Indiana University in Bloomington, but his relationship with his high-school-age boyfriend, Casper, is strained. Brendan knew parting from Casper would be tough, but he didn't count on the temptations of a major Midwestern university. He's surrounded by hot young men and the hottest of them all is his very own teammate and the quarterback of the IU football team, Gabrial Diaddio. Brendan knows he's in trouble the moment his eyes fall on Gabrial. When Gabrial begins to pursue him, Brendan's troubles only deepen and he begins to wonder if he should keep up his long distance relationship with Casper or free himself to explore the sexy, college boys who surround and entice him.

Marc is bold, openly gay, and still in high school, but when he meets Dorian his confidence in his ability to be himself is shaken. Marc is a skater and soccer jock. Dorian is incredibly sexy and cute, but he's also stereotypically gay. Marc finds himself drawn to Dorian, but when Marc's team-mates give him a hard time about his new "girlfriend" he has second thoughts. Should he suffer the taunts and ridicule of his teammates or push Dorian away to protect his reputation as a jock?

What listeners say about Temptation University

This story, I truly loved. and it had more humor in it than the other books. But this one had more seduction in it than the rest. And it gets you thinking about life in general

I enjoyed the story and felt the writer pulled me into the story nicely. Lots of the writing reminded me of my issues growing up attending Junior and Senior high school in Los Angeles.