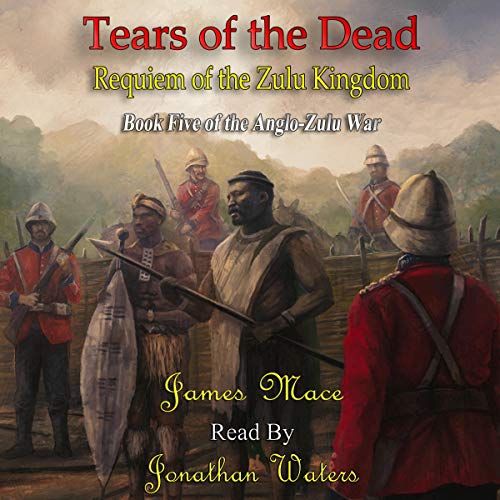 Tears of the Dead: Requiem of the Zulu Kingdom

By: James Mace
Narrated by: Jonathan Waters
Try for $0.00

In the aftermath of the Battles of Khambula and Gingindlovu, a lull fell over the war-torn Zulu Kingdom. Though British forces under Lord Chelmsford emerged victorious during both encounters, earlier defeats, casualties, and supply shortages required them to withdraw back into Natal. Now with waves of long-awaited reinforcements arriving, Chelmsford prepares to launch a second invasion of Zululand.

Death and destruction have taken their toll on the Zulu people. Thousands of families mourn for their loved ones, while refugees flee from the devastation of the border regions. Despite the defeats and fearful losses, King Cetshwayo, who never wanted war in the first place, takes heart in knowing that, strategically, his enemies were compelled to retreat from his lands. He hopes this will allow him to come to terms with the British before Chelmsford can renew the war in earnest.

Unbeknownst to the king, Lord Chelmsford has received word from London that he is to be replaced by General Sir Garnet Wolseley. His lordship is determined to expedite the invasion and utterly crush Cetshwayo’s forces at any cost, denying Wolseley the chance to usurp him before he can expunge the humiliation that has lingered since the dark days following the defeat at Isandlwana.

What listeners say about Tears of the Dead: Requiem of the Zulu Kingdom

The final chapter in one of the most epic and engaging series I’ve ever listened too! Thank your Mr. Mace for taking the time to accurately bring to life this tragic tale, you deserve the highest praise one can receive. Also, thank you Mr. Waters for the suburb narration!

This war seem needless in the end because of all the losses on both sides the Zulu fighting for their land and their right to be there in the English troops fighting for queen and country. You have to read this whole selection of books they are so good they’ll make you cry and smile but they’re excellent I recommend them.

To a student of Zulu History this is a must read/hear piece. James Mace through Jonathan Waters brings the Majesty and the Pain of the Anglo-Zulu War to life. A well written and well performed piece of Historical Fiction. I salute the author and the narrator for bringing this period to life for me. Well Done!

The book was incredibly fascinating. I found it highly educational and the narration for the audiobook was fabulous. Jonathan Waters was intriguing and kept my rapt attention.

This book and all the others in the series are exceptional. The author James Mace has written a superb series, providing both a gripping story from start to finish and a fantastic historical account of the Anglo-Zulu war.

Books of this kind are very few and far between and work such as this needs to have more light shed on it. I would not be suprised and in some ways wish, that someday a Producer of either Netflix or Amazon will read this series and will very quickly come to the conclusion, that they have one hell of a screenwrite for a television series in their hands.

Although not as good as the first 4 books as the need to finish a lot of individual plot stories. Therefore not as much about the sights and sounds of the war, it was well ended . Well worth reading to complete the story.