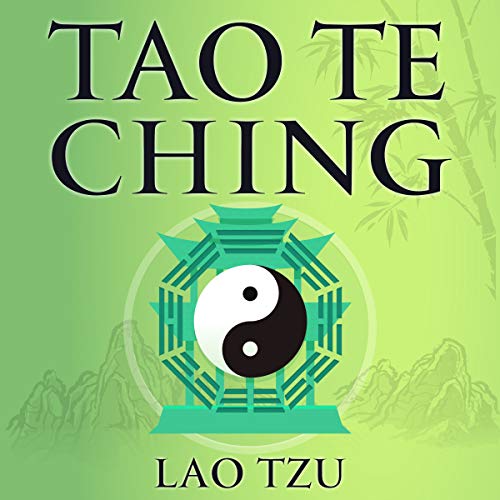 The Tao Te Ching is a Chinese classic text traditionally credited to the 6th-century BC sage Lao Tzu. The text's authorship, date of composition, and date of compilation are debated. The oldest excavated portion dates back to the late 4th century BC, but modern scholarship dates other parts of the text as having been written - or at least compiled - later than the earliest portions of the Zhuangzi.

The Tao Te Ching, along with the Zhuangzi, is a fundamental text for both philosophical and religious Taoism. It also strongly influenced other schools of Chinese philosophy and religion, including Legalism, Confucianism, and Buddhism, which was largely interpreted through the use of Taoist words and concepts when it was originally introduced to China. Many Chinese artists, including poets, painters, calligraphers, and gardeners, have used the Tao Te Ching as a source of inspiration. Its influence has spread widely outside East Asia and it is among the most translated works in world literature.

A small glimpse into Chinese culture

This short Audio Book gives the listener a brief glimpse into Chinese culture through the wisdom of a classical
work studied by many Chinese and Asian thinkers today.

It will increase the curiostity of those who listen to this Audio Book and give a desire to learn more about this subject.

The Tao Te Ching is a timeless classic that offers readers an assortment of advice and wisdom. It is one of those books that you must read/listen to again and again, as it is so full of insight and observations that you absorb more of it with each encounter.

This well-known book has many (English) variations, each one varying according to the way it’s been translated from Chinese to English. Furthermore, audiobooks of this nature are greatly affected by the narrator.

Although I cannot comment on the quality of its translation-since I don’t know Chinese-I can say the narrator did an excellent job. He had a nice voice, was easy to listen to, and the material flowed well under his narration.

Each journey begins with a single step

Sometimes helpful, often fraught with contradictions. This is where your hippy college professor or uncle got all of that crazy yet somehow profound sounding double talk that justified all of their terrible life choices. Maybe also why they can’t stay married or talk to their parents anymore. That said, it is a valuable insight into the vacuous heart and vacant mind of Eastern philosophy.

This is a good version of the classic. The narrator did an excellent job. If you need to read it, this is the way to do it.

I've heard a lot about this book before reading it, there are several translations into English and there are differences between them. I enjoyed this translation but I have read the others so I can't comment on the differences.

Listening to this book I picked up many gems and I'm sure that reading it again in a few months would allow me to pick-up more so that's exactly want I plan to do. In fact I;'ll probably listen to it every few months for a few years.

The narrator did a great job with the tone of the delivery, it was easy to listen to and had a smooth consistent sound.

If you enjoy learning about other cultures and philosophies then this is a book you should check out. This book gives us, non Asians, a glimpse into that culture. It's a pleasant listen and I found it quite interesting. The narration was well done and flowed smoothly. JD Kelly has a nice voice and his slight accent only added to the narration.

This is an interesting version of a Chinese classic. Narrator JD Kelly does a nice job of reading the old text and keeping it flowing. This is a nice way to introduce listeners to some of the Chinese literature that has been translated over the years. This is one of many translations of this text and may not be exactly what other versions are like. The book does give listeners a look into some of the Chinese ideas and thoughts and hopefully broadens their thinking.

I received this audiobook at my request and I voluntarily wrote a review.

this book is a classic, and really there are other version available online. Really you have to ask yourself which narration you prefer.

Great reading of a classic text

I've wanted to read the Tao Te Ching for some time, as it's one of the foundational texts of human civilization. It's been a pleasure to listen to this on my commute and become exposed to one of the most important philosophies in history.

The narrator is well-spoken and presents the material well. Definitely recommended.