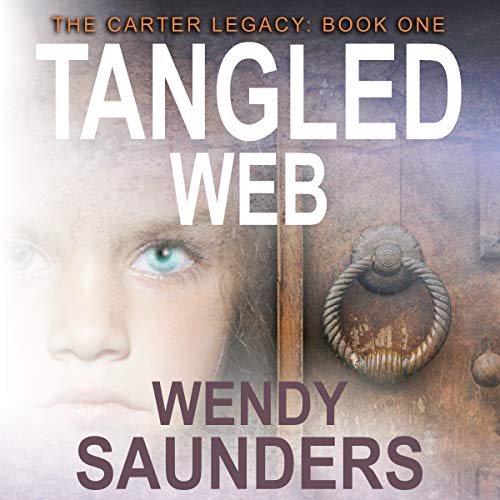 Cassandra Grayson leads a quiet life managing a library in Queens, NY. There’s only one thing missing...her sister. Cassandra hasn’t seen her sister since the night their wealthy, prominent father died from a massive heart attack. She was only five years old at the time and can barely recall the events of that night. All she can remember is that men came to the house and that it was the last time she saw her sister. Her alcoholic, emotionally unstable mother refuses to discuss her and will only say that she had been sent away to an exclusive boarding school in Europe. But, as the years pass by with no word from her, Cassandra begins to suspect there is more to her father’s death and her sister’s disappearance than she first thought.

Desperate to find answers, she hires a private investigator, but when he turns up dead, it becomes clear someone doesn’t want her looking into her family’s past. When wealthy businessman Jackson Evans stumbles into her life with problems of his own, they realize his family and hers are inexplicably entwined in a web of deceit and murder, which spans two decades.

One by one, everyone who was in her home the night of her father’s death begins to die under suspicious circumstances, and it becomes a race against time to uncover the truth...before she becomes the next victim.

What listeners say about Tangled Web

I thought this was a pretty decent thriller/mystery story. The characters and plot were detailed and interesting. The narrator did a decent job on the narration. She is a little soft spoken at times, but her voice was still engaging enough to hold my interest. All in all, this is pretty good. Not the greatest book, but FAR from the worst.

This is a pretty predictable mystery. It's not too difficult to guess the twists, but there's enough suspense that I wanted to keep reading to see if my guesses were correct. Some of the dialog is a little hokey and the romance is blatantly contrived.

Lucinda Gainey's performance was satisfactory. She attempted to give characters distinctive voices, although I would have appreciated a bit more distinction in some cases. Also, her accents seemed a bit forced and inconsistent and I heard at least one mispronunciation.

Despite these distractions, I hope to have the opportunity to review the next book in this series.

I loved this book! It grabs your attention from the beginning and I didn't want it to end. I really liked the characters and when I thought I had it figured out, another layer was added. The only complaint I have is the narration. The narrator isn't bad, I just don't think her voice went with the main character. The audio quality wasn't great. Once you get past that, the story really sucks you in. I listened to it in three days. "I was given this free review copy audiobook at my request and have voluntarily left this review."

I loved this book sooooo much!!!! It had a slow start but don't let that deter you. This book gets going by the end of the first chapter and it's a non-stop quest to figure out what's going on and who's doing it. I guessed wrongly several tiimes!!

The relationship between Cass and Jackson was awesome. It wasn't insta-love, it was more insta-attraction (which I appreciated) and they became each other's support when the tangled webs started unraveling.

Both Jackson and Cass had badly behaving parents and that left the two with a legacy of hurt and secrets aplenty. I loved how they learned to lean on each other!

The big reveal was an absolute shocker. I saw it coming (sorta) but not really. So many layers of intrigue.

The narrator delivered a wonderful cast of characters. I absolutely loved her and this listen!

Tangled Web had me hooked from the beginning. Cassandra hires a private investigator to look into finding her sister, whom she has not seen since she was 5 years old. Her mother tells her that her sister was sent away to a Private School in Europe following her fathers death, but as she uncovers more, she finds that her Mother has lied to her all these years. Why? This book has a great plot with interesting characters. I would have given a 5 rating for this audiobook, but I don’t enjoy sex scenes in an otherwise great story. I feel that they actually took away from the storyline and being an audiobook, it is impossible to skip these scenes. I do however look forward to the next one. I was given this free review copy audiobook at my request and have voluntarily left this review.

I was given a free copy of this audio book in return for a honest review. I liked the premise of the story. Find out why my father was killed and where did my sister go. The minute the good looking guy and the woman laid eyes on each other I knew where this was going. I stopped listening. I've been reading the reviews of other people that have read this book and they all love it. So, in all fairness I have to say that some books are not for everyone and in this case this book was not for me.

gripping from the beginning

I need to know what happens next!! Not my usual kind of book but once started couldn't stop listening. Intrigue, mystery and complex relationships. I did find the detailed sex scene a bit tediuod to listen to and it didn't really add to the novel. Great narrator.