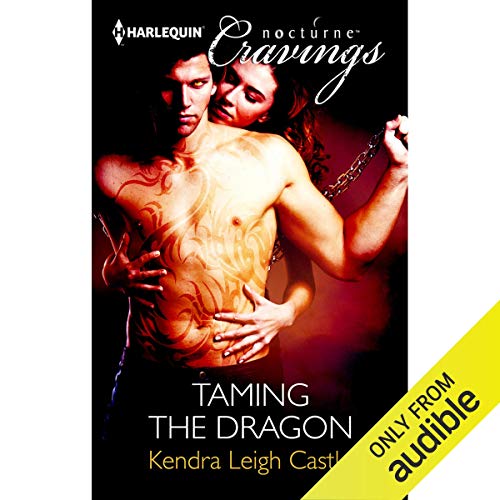 By: Kendra Leigh Castle
Narrated by: Bethany Bayer
Length: 2 hrs and 1 min
Categories: Romance, Fantasy
3.5 out of 5 stars 3.7 (107 ratings)
This title is included in Audible Escape

Tess McGarry is only supposed to deliver a silver dragon pendant to its rightful owner and she'll be paid handsomely. But this simple job gets complicated when she comes face to face with the hottest - and most difficult - man she's ever laid eyes on. A man who says he wants to claim her as his mate.

Kaden St. George was once a fierce warrior, a leader among his kind. But pursued by hunters intent on exterminating dragons and stealing his treasure, Kaden has gone into hiding - until he is awakened by a beautiful woman who has something that belongs to him.

I don't usually use words like "dumb" to describe books, I try to be more tactful. I just can't think of any better word to describe this. The story line was weak and boring. I couldn't connect with either of the main characters at all!! Even the intimate encounters were poorly done. The narration was terrible, especially for the guy. I think she tried to make him sound sexy, but he sounded mentally challenged. The best part of the book was the fact that it was short. Don't waste a credit, your money, or your time.

Narrator Not good on male voice

Not much of a story. Voice bad on male character. Not worth spending a credit on

Unexplainable attraction ... Hotter than Heck ... and it is not just because of the dragon.

Would you try another book from Kendra Leigh Castle and/or Bethany Bayer?

Purchased this for cheap entertainment. Definitely got what I paid for. I had never read one of these types of books and now understand the stereotype. Will not purchase a book like this again.

Has Taming the Dragon turned you off from other books in this genre?

the voice of the male role

I enjoyed this story. It was good and even had a bit of a plot even though the story is rather short. I didn't really like the voice the narrator used for the Hero but it wasn't so bad that I disliked the story because of it. Overall, I liked it and thought it was worth the low price.