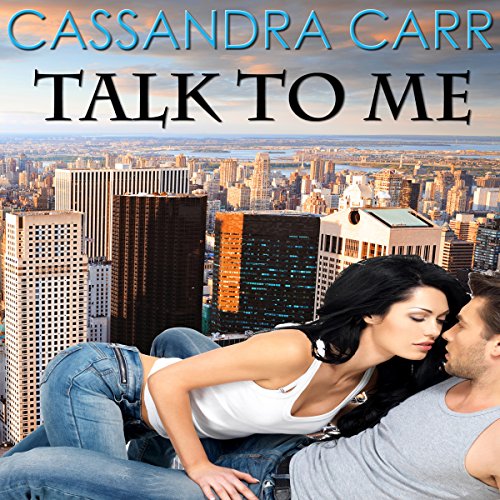 By: Cassandra Carr
Narrated by: Daniel J. Davis
Try for $0.00

Radio producer Jamie MacMahon is in over her head with ex-hockey player-turned host Drew Milan. She's attracted to the man who earned the nickname "the Beast" during his playing days from the moment they meet, but he's her boss and she loves her new job. She's made plenty of mistakes with men and loathes the thought of being yet another plaything for Drew, a man who sleeps with women but doesn't date them.

Drew doesn't want to lose a great producer and knows Jamie deserves a real relationship, but can't stay away from the sizzling chemistry they create every time they're together. Jamie's insecurities and the very real prospect of having to leave a great job if this thing doesn't work out clash hard with Drew's fears about opening his heart and the possibility of losing his first competent producer. Nothing's going to get resolved if one of them won't say it: "Come on, baby, talk to me."

What listeners say about Talk to Me