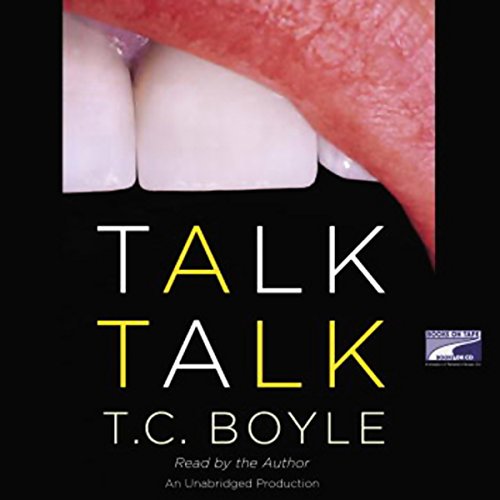 There’s more than one way to take a life…The first time he saw Dana she was dancing barefoot, her hair aflame in the red glow of the club, her body throbbing with rhythms and cross-rhythms that only she could hear. He was mesmerized. That night they were both deaf, mouthing to each other over the booming bass. And it was not until their first date, after he had agonized over what CD to play in the car, that Bridger learned that her deafness was profound and permanent. By then he was falling in love.

Now she is in a courtroom, her legs shackled, as a list of charges is read out. She is accused of assault with a deadly weapon, auto theft, and passing bad checks, among other things. Clearly there has been a terrible mistake. A man, his name is William "Peck" Wilson, as Dana and Bridger eventually learn - has been living a blameless life of criminal excess at her expense. And as Dana and Bridger set out to find him, they begin to test to its very limits the life they have begun to build together.

Talk Talk is both a suspenseful chase across America and a moving story about language, love, and identity from one of America’s most versatile and entertaining novelists.

"Boyle drops crumbs of wisdom in signature style, and readers will be hot on the trail." (Publishers Weekly)

What listeners say about Talk Talk

I'll give this book a 4 out of 5, because the narration was just over-the-top too fast. I know it is read by the author, so the speed must reflect his intent, i.e. breathless suspense, but I did not enjoy the listen. The story was superb but the author/narrator just outpaced his own content. Anyone with a pacemaker should have it checked and stock up on any anxiety meds before starting this book! It leaves you breathless, and not in a good way. Many of the images and metaphors were just thrown away.

And while I don't really like to quibble about endings, as things have to turn out one way or another, I thought this one was under-developed.

But still an excellent listen, and very well-crafted, with vivid images and strong character development.

"Talk Talk" is a fascinating tale woven around a most unlikely topic, identity theft. This in itself was quite informative--and helpful to all of us--but the secondary theme of deafness in a hearing world was my first real understanding of deafness from the perspective of the hearing-impaired themselves. The story is a bit of a detective novel, but I found myself complaining out loud that the two main victims did way too much amateur sleuthing than was believable, and payed the price for not enlisting police help even when they "had the goods". The author should leave the narration to someone who understands that a story must be "told", not "spewed out" like water from a fire hydrant. Even more annoying is his tendency to mispronounce the words he has himself written. As far as the writing itself, my geatest complaint was the author's irritating habit of prefacing statements by every character, over and over, with "What was that word they use?", or "What is it they called that?" , or "What was it they meant by that?", etc.
The book is interesting as a character study of the narcissitic nature of this criminal's personality, but not a "page-turner", and the ending, which just seems to "happen" rather suddenly, is wholly disappointing.

get a professional reader

T.C. Boyle appeared on the Bob Edwards show this past Sunday and apparently said he really enjoyed reading his book, would keep doing it in the future and thought other authors should read their own books. I disagree. Except for some memoirs, like The Liar's Club and Runnng with Scissors, where the authors are telling their own life experiences can be meaningful AND well done, the reading should be left to a pro at reading/acting.

Boyle is in the first part of the book too rapid. He slows down some as the book goes on.

On substance, the protagonist and her boyfriend are barely tolerable. It is hard to sympathize with them. They whine constantly and are too self-absorbed. Boyle voice makes their whiny complaints worse. I know some people are like but not everyone. And to have all 3 main characters (the bad guy is the same, but you expect it from him) is unwelcome to a reader who wants to like somebody in the book.

The author has each of the 3 main characters asking themselves rhetorical questions in a complaining voice again about life's oddities probably 30 times for each one. Really irritating. Again, why all three?

Finally, the author doesn't do a credible or clear job of explaining how the identity thief has so much money and so many valuable assets.
Boyle is a great writer but at best this one should be read in the traditional hardcopy mode.

This is T.C. Boyle at his best! The writing was great, and his reading it made it even better. I will be listening to The Tortilla Curtain next, as I really enjoyed listening to him read his own words.

This was a wonderful book to commute to. I almost looked forward to driving to work every day! Another T.C. Boyle book with a gripping plot, great character development; very visual.

Well written, fully developed characters including the villain. Ending could have used a bit more brio, but overall a very good read. Author reads well, as well as any trained actor!

A seamless ending to a great story line.

I listened to this in 2007 and I loved this book -- what a great story line and the portrayal of the scam artist was so right on and revealing. I loved to hear the rationalization of the character's bad actions, criminal behavior -- fascinating. A nice seamless ending, but totally unknown or not guessed until the very end. It seems the more reading I do, I find that ending the story smoothly, whether it's good or bad, is not an easy thing for authors.

This book has many problems, not the least of which is the irritating writing style of TC Boyle. After I picked up on it my eyes rolled ever time he started on one of those seemingly interminable lists of descriptors. They go on and on, it's pure torture. If this not the worst book I've gotten on Audible, it's close.

The stroy of ID theft was current, interesting, and relevant if less than gripping. But Dana Halter, the main character, is deaf and that sets this story apart and makes it worth the "reading."

Only listened for 1/2 hour. Just couldn't get past the narrator. He keeps talking deep loud breaths before a sentence. It just became more annoying and instead of listening to the story, I was waiting for the next big loud intake of breath.