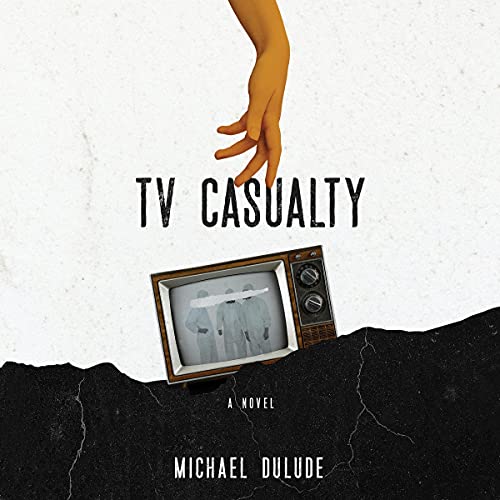 By: Michael Dulude
Narrated by: Bonniejean Boettcher
Try for $0.00

Theresa Fleck was born with an extraordinary ability. Some abilities inspire. Some save lives. Some should be buried forever.

Michigan. 1987. Ten-year old Tess Fleck reads rather than goes to the mall. She devours science-fiction TV rather than pizza at the food court. She’s happy living in her fictional worlds.

One day on the playground, Tess discovers a strange new ability: She can raise the dead. Her ability is strange, yes, but broken. With the help of her dad, Theresa keeps her “power” secret.

But secrets can only be kept so long.

Boston. 2012. Theresa Fleck works with a collective she knows only as the Chorus. She spends her days reanimating dead animals in one grisly experiment after another. It’s a messy business and a tired routine. A tired research facility. A tired life.

In a different century, Theresa would be worshiped as a god. Honestly, she’d just settle for a day off.

What listeners say about TV Casualty

great book and an amazing narrator

The book was very interesting and the narrator really brought the story to life. I am looking g forward to both more books by this author and more books narrated by Bonniejean!

Author Dulude makes a grand entrance with a carefully woven tale beguilingly narrated by the lilting and emotive voice of Narrator Boettcher.

Woven from two points in time Dulude spins a yarn positively embroidered in imaginative detail. The starkness of the macabre body horror is rendered palatable as Boettcher subtly sneaks it past your eardrums right into your brain making one go “Wait, hang on, whoa!” Although this reviewer tends to avoid the horror and gore genres at all costs (and admits to having T-Rex and velociraptor induced nightmares from Jurassic Park) this is not that.

Instead, through careful story craft Dulude constructs a world where the clinical sense of the extraordinary prevails and leaves one thinking if this isn’t exactly what would have happened long term if ET didn’t escape and go home. Boettcher, as narrator, through subtle characterization enhances this tension by consistently maintaining character diction and pacing that makes it easy to follow who is saying what without resorting to over the top antics.

The technical quality of the recording is superb with even volume control and consistent vocal quality across the book. Audio effects are restrained and kept from being intrusive to the narration and, as above noted, serve to maintain and enhance the presence of the characters.

This reviewer is left with the sense of wanting more stories from this pair and looks forward for more.