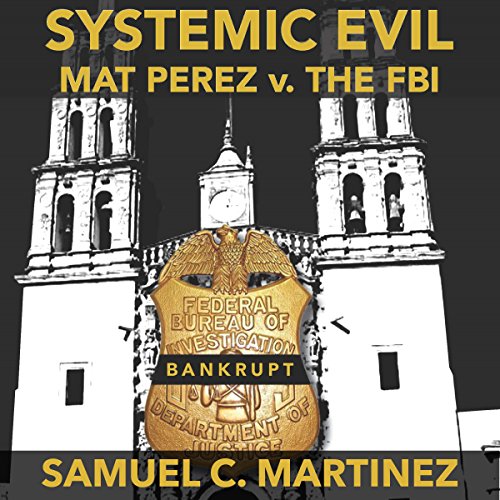 Even in this day and age, workplace discrimination based on race, gender, or age affects many Americans. When such discrimination happens within government agencies, it's all the more shocking. When those who face discrimination are the very men and women tasked with protecting fellow Americans from crime, someone must take a stand.

FBI Special Agent Bernardo "Mat" Perez fought back against bureaucratic FBI officials after witnessing and being subjected to bias, prejudice, and discrimination. He gathered 310 other Hispanic FBI agents and filed a discrimination lawsuit that ended in a landmark decision in favor of the agents. Despite intimidation, false information, and a culture of strict loyalty, the Hispanic agents proved their collective case - and the transparent changes improved the job satisfaction, security, and advancement prospects for all FBI agents and Hispanic law enforcement officers throughout the United States.

Samuel C. Martinez joined Perez's lawsuit. His new book, Systemic Evil, is an exposé of the FBI's "good ol' boy" discrimination against Hispanic agents. The book meets an intellectual challenge to the discussion of discrimination and reminds us of the realities of prejudice in America as well as the power of collective will to make positive changes.