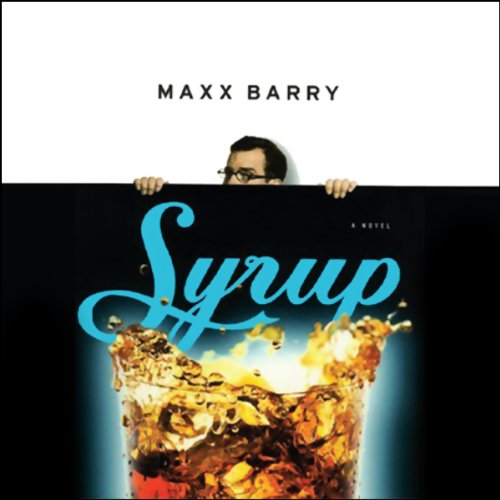 When Scat comes up with an idea for the hottest new soda ever, he's sure he'll retire as the next savvy marketing success story. But in the treacherous waters of corporate America, there are no sure things. Suddenly Scat finds himself scrambling to save not only his idea, but his yet-to-be-realized career. With the help of a scarily beautiful and brainy girl called 6, he sets out on a mission to reclaim the fame and fortune that, time and again, elude him.

This brilliant debut is a scathingly hilarious send-up of celebrity, sexual politics, corporate America, and the fleeting status that comes with getting to the table first before the other guy has you for lunch.

"Seductively hip....Wickedly funny." (USA Today)
"Barry's delightful first novel delivers a charming and hilarious send-up of the wicked world of marketing....This terrific comic novel is certain to provoke as many belly laughs in print as it might one day on screen." (Booklist)
"A deft, satirical indictment of an industry that makes its living pushing satire, Syrup is understandably deep in hip meta references. What distinguishes the novel from, say, a Thomas Frank-style critique is that it never gets mushy, even after Scat lands the girl." (SPIN)

What listeners say about Syrup

Maxx Barry is a master of satire. Company is one of my favorite books of light reading so I was ecstatic to find another Barry book on Audible.

I'm a Credit snob and I always feel like I'm getting ripped off if the book is under 18 hours. This book is a classic case of quality over quantity. I found myself alone in the car laughing out loud on multiple occasions.

With simple efficient writing and uncomplicate characters that don't need a lot of development, Barry gets to spend the entire book making fun of big business and (in this case) marketing. With that said, I thoroughly enjoyed the characters and could relate to them as being the extreme's of people I have met before.

If you are looking for some deep thought provoking literature, this isn't it. If you just got done reading Ayn Rand and need a brain break, this is 5 star perfect.

This was a very fun and light read. Not many twists and turns but still very funny satire. The book presents an interesting and accurate perspective of corporate america and especially the male dominated marketing world. Scott Brick adds to the quality of the writing with his outstanding narrator skills.

This is the third book by Max Barry that I've read (the prior two in print), and as a former participant in the corporate work force as both employee and executive, I have enjoyed his biting satires of that world. Jennifer Government imagines a world in which corporations operate with minimal governmental regulation and go so far as killing people as part of their marketing campaigns. Company imagines a corporation in which employees don't actually know what their company produces, and what happens when one of them tries to find out.

Syrup, Barry's first novel, examines marketing techniques and internal corporate politics set inside the Coco-Cola Company. Like its successors, it starts with a smart but naive young man just trying to do his job and get ahead, a strong and sexy woman who has the power to make his personal and professional dreams come true, a cold-blooded nemesis who lies and cheats his way to the top, and a spectrum of corporate drones, mindless media types, inept executives, and hip outsiders.

All three books had the same effect on me: I loved their initial premise, liked the characters, bought into the parody for the most part, but ultimately felt that the satire, following a vicious course of logic, strayed a little too far into surrealism. They are all good in the end, all good overall, but there is something unsettling about a strict devotion to the internal logic of the premise taking the story to illogical conclusions. In Syrup, the primary result is repetition in the final act, which costs Barry one star in my estimation.

I got this audiobook when I saw Barry's name, based on past experience with him, and never even looked at the narrator. I wasn't more than three minutes in when I felt the need to increase the playback speed to 1.25, and as soon as I did so, I thought -- this must be Scott Brick. Sure enough. I didn't recognize him at first because this is not as plodding as his normal pace of narration, but it still needed that little bit of speed to pick things up.

From the author of Jennifer Government and Company, Comes another satirical masterpiece. This Time his target is Marketing. When Scat comes up a Million dollar Idea for a new type of Coke, he thinks he's on the way to easy street. When his idea is stolen, he teams up with a 6 , a highly intelligent and mysterious woman to come up with the next Million idea. With shots at everything from celebrities to Coke itself. it's a great ride to follow Scat, 6 and their friends, enemies through their ups and downs. The narrator does a good job and the story is classic Max or Maxx Barry it moves at a steady pace and doesn't get tangled up. a good listen or read if you get the chance. also catch his other books if you liked them you like this one. and vice versa.

Syrup is a hip and all-around entertaining novel. While this book was fast paced it was un predictable and well written. This story will provide you a small taste of the corporate world and the line "and I'm homeless again" will have you laughing throughout the book.

for people who like satire and Maxx Barry's work: the book is Amazing. I got the book when I couldn't find the book anywhere else, which leads me to believe audible is the last source for this book.

I know opinions differ, but the other reviews surprised me. I totally enjoyed this and was dissappointed when I found that Audible didn't have any other of Maxx Barry's titles. Very funny, and Scott Brick is a very good narrator. I laughed out loud in many places, and that's not something I normally do.

Never gave up on Scott Brick or Max Barry before

I'm not sure if I should blame Scott Brick or Max Barry but I didn't finish this book. The main female character is an unrelenting bitch and the main male character is such a doormat doofus I started to hate him for putting up with her.

I think Scott Brick misread the female character. In my opinion she was meant to be coldly calculating but he reads every word she says like she's about to fly into a rage.

Just my opinion. I normally enjoy this author and narrator both.

I knew I was in trouble from the very beginning of this book, when the main character takes the nickname "Scat" because everyone who wants to succeed in marketing needs a cool name, I thought "Huh?" That's one of the dumbest things I've ever heard, not to mention a dumb moniker. Maybe that's how marketing folks roll in LA but not here in the midwest. All the marketing people I've ever worked with, and I've worked with some great ones, have normal names. If this was satire about the marketing industry, I wasn't getting it. After about 40 minutes of listening, without laughing once, I just decided to move on to the next book in my queue.

Loved the story and the narration did a very convincing job.
Didn't think I'd enjoy a book about marketing but was hooked from the first chapter