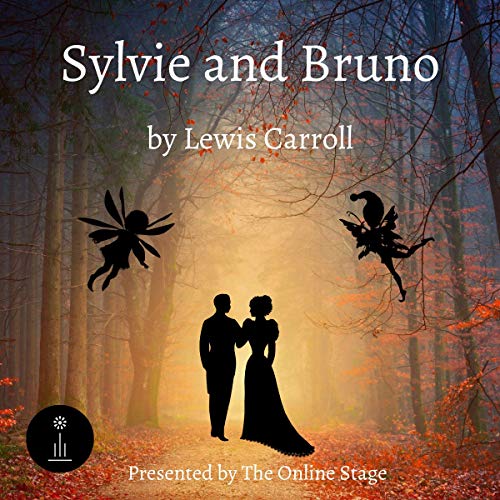 Sylvie and Bruno was the last novel completed by Lewis Carroll and was published in two parts. The first volume, which is the subject of this recording, appeared in 1889.

The story is presented by an unnamed narrator, who oscillates between two worlds: a fantasy fairyland, populated by characters similar to those in Alice in Wonderland, and the real world environs of a small village by the sea, in which the narrator has taken up temporary residence for health reasons.

The main characters are Sylvie and Bruno, fairies who are sister and brother, and Arthur Forrester and Lady Muriel Orme, who are romantically linked.

The book contains episodes which recall the hectic nonsense of Carroll's best-known work, but also serious commentary on many social and religious issues. Because of its unusual structure and a strong tendency toward Victorian sentimentality, the work has not been held in high regard. However, it is of particular interest in that it reveals much more about the author and his attitudes than do his more popular works.

Ben Stevens - The Other Professor

What listeners say about Sylvie and Bruno