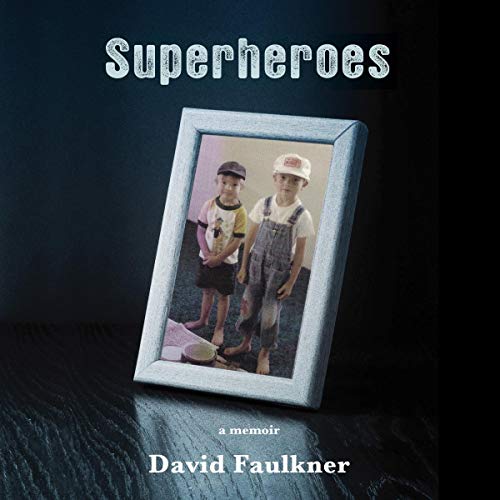 At four-years-old, David spends his days exploring with curious contemplation the vast wonders of the seemingly magical world around him. His only real care is wondering when his big brother, Robert, will be home from school to share it with him.

His life is replete with typical childhood antics, joys, and fears, and nightmares that wrack his sleep, but ultimately every morning, he knows a new adventure awaits. The divorce of their parents two years later sets in motion a chain of unforeseen events that bring David closer to his brother as a real-life nightmare unfolds.

Alcoholism, tough financial times, and an archaic and draconian version of religion lead to physical, mental, and emotional abuse, and ultimately to abandonment. Seldom told are first-person perspectives from such a young age, but author David Faulkner's meticulous recall and witty but poignant narration capture the spirit of childhood and reveal the often dark realities of what goes on behind closed doors.

Superheroes takes us on a compelling journey from innocence to awareness, from a carefree world to one of heartbreak and tragedy, and leaves no emotional stone unturned.

What listeners say about Superheroes