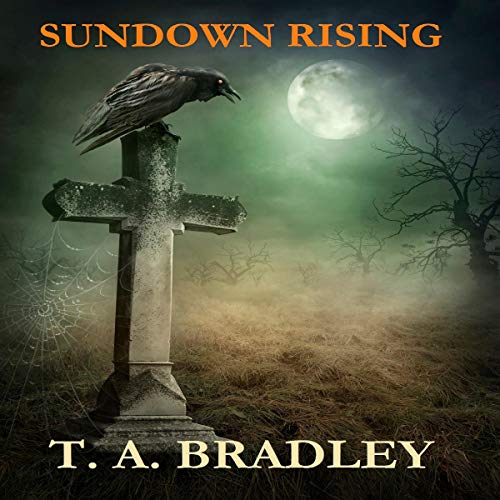 By: T. A. Bradley
Narrated by: Ted Brooks
Free with a 30-day trial

When he loses his wife to a drunk driver, Richard Anthony Millay believes there will be no more brightness in his future. He may be right, for it is the darkness of an unrecalled past that pulls him away from everything he thought was real. Moving into the house that his wife had wanted so badly before she died, he soon comes to discover that it holds dark secrets, secrets that will haunt him in ways he couldn't imagine. It will awaken in him something that had lain dormant in his being. But will he remember what he needs to know in time to deal with the evil that walks within? A terrible discovery awaits him. More than that, he will learn that when the past and present collide...all bets are off.

What listeners say about Sundown Rising

There was no suspenseful build up. No time to connect with characters. Overall boring, rushed and ridiculous.