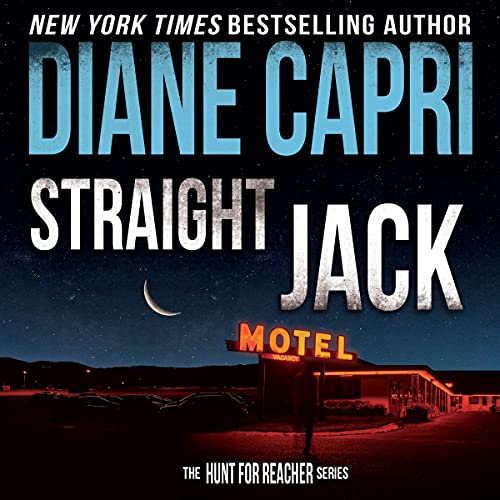 The next gripping Hunt for Jack Reacher Thriller from Diane Capri

Four men in a van barrel toward Chicago on a crime spree fueled by greed and vengeance. One man driving, another preoccupied with the sophisticated plan. In the back, a new recruit worried and wary, another angry and hot-headed.

A day behind them, at a lonely motel in an out of the way New Mexico town, an unthinkable murder brings FBI Special Agent Kim Otto to a dead stop.

Soon, Otto realizes the murder is tied to a massive crime wave.

Otto and her new partner pursue Reacher’s prey to Chicago and reconnect with his old friend.

Frances Neagley fills in a few missing pieces and teams up with Otto in a race to stop the killers before a powerful unknown enemy can destroy them all.

"Full of thrills and tension, but smart and human, too. Kim Otto is a great, great character - I love her." (Lee Child, number one world wide best-selling author of Jack Reacher Thrillers, including A Wanted Man and The Sentinel)

What listeners say about Straight Jack