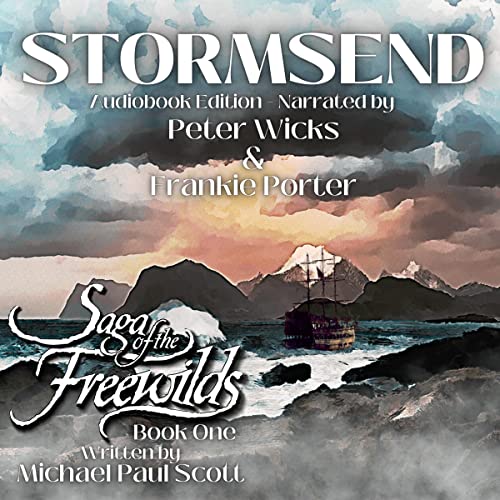 Constable Lukarde Alfans is a brilliant investigator, but he is, at his heart, just a man...a man who has seen too much.

In a refugee shanty town on the outskirts of a vast and opulent imperial capital city, an insidious sect of demon worshippers, the Cult of Ebon, began to prey upon the Gathered, a diaspora of peoples displaced from their nations in the aftermath of a mad tyrant's ceaseless wars of conquest long ago. Unwilling to overlook these heinous crimes against a vulnerable, underserved populace, Constable Lukarde Alfans began an investigation that brought him far too close to the truth, leading him to become the cult's next target.

In order to derail his investigation, the enigmatic leader of the cult framed Lukarde for the grisly murder of a woman whose psychic gifts had been invaluable in his investigations. The disgraced former constable, haunted by the lingering trauma of all he had seen and endured during his investigations, was chased into exile with his life in utter ruins. He must travel far to the southern reaches, to the Freewilds, in search of a new start and, perhaps, a chance to unravel the mysteries surrounding the Cult of Ebon, bringing them to justice, clearing his good name…and silencing the horrors that plague his mind whenever he closes his eyes.

What listeners say about Stormsend

Cultists and pirates and werewolves, oh my!

An enthralling adventure full of magic and mystery. The villainy truly had me on the edge of my seat. Peter’s voice is also a perfect fit for the narration.