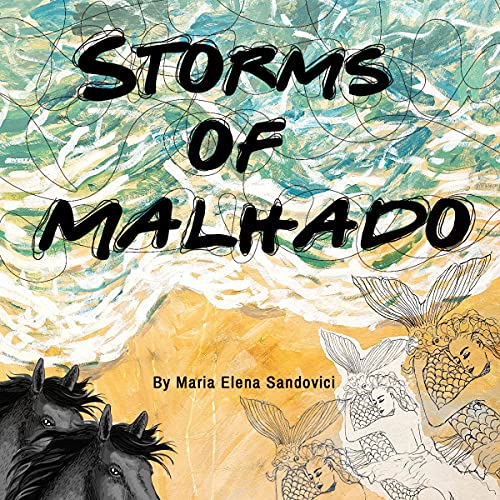 By: Maria Elena Sandovici
Narrated by: Susan Marlowe
Try for $0.00

"Three women, three great storms, and one house, haunted by forbidden love and frustrated ambition. Get ready to be swept away by Sandovici’s foray into Galveston Island’s tempestuous history in this tale of lives intertwined across time." (Donna Dechen Birdwell, author of Not Knowing)

Galveston Island, Texas, September 2008. As even die-hard islanders evacuate, Katie and her parents await Hurricane Ike in their old mansion on Broadway. The house has survived many storms, even the deadly 1900 one - the greatest natural disaster to befall the United States, putting an end to Galveston’s Golden Age - but some of its past inhabitants are rumored to have lost their lives in hurricanes. Katie doesn’t believe in ghosts, past lives, or reincarnation. She is, however, afraid of the monster storm approaching. Her fear mixes with anxiety over George, her elusive boyfriend. Painting offers an escape, but Katie is as unsure of her talent as she is of her flailing relationship. The same has been true for two of the women who inhabited the house in different eras. Suzanne, killed in the Storm of 1900, struggled with her own artistic and romantic difficulties, as had Betty, who died in Hurricane Carla in 1961. Will Katie’s fate be similar to that of Suzanne and Betty? Does she have the power to change it?

Through three different timelines, this paranormal historical novel weaves a story of Galveston’s past, underscoring its danger and isolation, as well as its remarkable resilience, its capacity for both nostalgia and reinvention. Full of contradictions, at once insular and open to the world, magical but stifling, stuck in the past yet determined to overcome, Galveston Island is as much a character of the novel as Suzanne, Betty, Katie, their lovers, and their confidantes.

What listeners say about Storms of Malhado