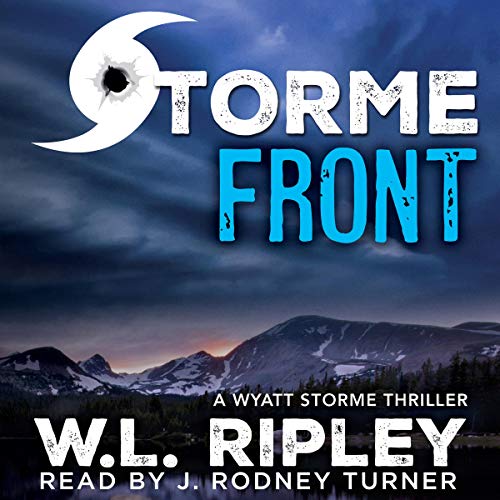 "If you’ve noted a testosterone deficiency in your life lately, the second Wyatt Storme mystery will have you walkin’ the walk and talkin’ the talk. Ripley knows what he’s doing and does it well.” (Booklist)

The ever-widening deadly conspiracy soon endangers Wyatt’s newswoman girlfriend, forcing him to unleash a Storme front of justice that rocks the entire state of Colorado.

“Storme is one of my all-time favorite series characters, up there with Spenser and Dave Robicheaux.” (Ace Atkins, The New York Times best-selling author of Robert B. Parker's Cheap Shot)

"For those of us who still feel an ache for the immortal John D. MacDonald, there might finally be a replacement on the horizon." (Tampa Tribune)

What listeners say about Storme Front

This is fun for me because I am old enough to understand the humor. Not sure if everyone would like these characters but I enjoy them.

I listened to book one so I knew what a treat this second installment would be. It delivered in spades!!

The author has created a great character in Wyatt Storme. His one-liners and inventory of the obvious are the next -level that makes this book, and this character, so unique and enjoyable. Some of Wyatt's phrases were so delicious that I hate I didn't take the time to write them down.

Wyatt doesn't go looking for trouble but if it comes to him. Okay then. There were a slew of smarmy characters to contend with and while the bodies kept dropping, the mystery just kept unfolding. It was glorious!!

As incredibly awesome as this story was, the narration is what knocks it out the park!!! There are very few things that resonate as well as an alpha male being performed to perfection. I have to believe there will be a book three. I needs me some more Wyatt Storme!!