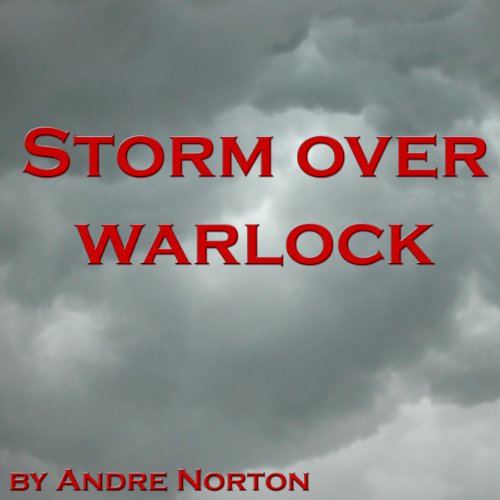 By: Andre Norton
Narrated by: Jim Roberts
Try for $0.00

Andre Norton, was one of the best and most prolific science-fiction writers of the 20th century. She was the first woman to win the Gandalf Grand Master Award from the World Science Fiction Society in 1977, and won the Damon Knight Memorial Grand Master Award from the Science Fiction and Fantasy Writers of America in 1983. Publisher's Weekly called her, "One of the most popular authors of our time", and the Chicago Tribune said she was a "superb storyteller whose skill draws the reader completely into a fantastic other world."

In this story, an alien race known as the "Throgs" attacks a Terran survey camp without warning.

"Eye-searing lances of energy lashed back and forth across the base with methodical accuracy, and a single cowering witness, flattened on a ledge in the heights above, knew that when the last of those yellow-red bolts fell, nothing human would be left alive down there."

And so Shann Lantee, most menial of the Terrans attached to the camp on the planet Warlock, is left alone and weaponless in the strange, hostile world, the human prey of aliens from space and aliens on the ground alike.

"A satisfying and mature novel which readers will seize upon if they want to enjoy a good adventure story. A survey base on a remote planet is wiped out by a raid of Earth's enemies, the Throgs; the only survivor must face the perils of an unexplored planet while trying somehow to strike back at the enemy....As always Norton creates both human and alien beings well, and tells a story that you can't stop reading." ( New York Herald Tribune)
"Up to Norton's best standards." ( Library Journal)

What listeners say about Storm over Warlock

Yes. Very suspenseful. Lots of unexpected things happen. Have to "suspend your disbelief,"of course but that's the way with all science fiction.

I had a long car trip coming up ( 3 hrs each way ) so decided to get an audio book to make the time pass more quickly. I browsed around and came across this one.I had read a couple of Andre Norton books, back when I actually had time for reading,and I liked them. Bit of a crap-shot on the narrator, though, since I had neverheard him. I got lucky on both counts..good story and good narration. The book was exactly the type I needed.. a good, nasty aliens vs. good guy but with many interesting twists and turns and lots of suspense. Even some "food for thought" thrown in.

The narrator was just the type I like...Someone who gives a good, clear, intelligent reading without going "over the top" and trying to act the story out. Will be looking for him again.

When the hero finally gets some help fighting the bad guys.

Five stars to book and narrator.

First book I ever read

I first read this book in 1963. I enjoyed re listening to it, the first book I ever read. I loved the author and read almost everything she wrote. She was one of the best. Happy trails to you Mary wherever you are.

The voices of the story's Characters felt and sounded very stilted.
There could have sounded more like humans talking instead of sounding like robots.

Why do you say that the heading is optional when it is not?

I couldn't finish this.

I love Norton but this reader is lacking. Perhaps he is fine for some listeners but it was painful just to make it to chapter two for me.

He read it to me

Read the book years ago, enjoyed it and enjoyed it again with this listen. Unfortunately, the narrator was something I had to suffer through. The reading was precise, slightly incongruent with the New England brogue. HE READ THE STORY. Phrasing was to provide a precise reading, NOT to impart the action, emotion, or tempo of the story. While there was plenty of vocal variation, it was not to better convey the story, but to read the written word correctly. I had to replay many passages, because I missed important action or changes because he conveyed no emotion. Good voice for text book or legal documents, not monotone, clear and precise. Poor technique for pursuit, survival SciFi story!

Juvenile Sci-Fi By One of the Greats of the Genre,

I remember my first exposure to the book as a young person, and it is that wonder, pleasure and excitement that weight my evaluation of the story so highly. I still enjoy it with my older understanding, but I will never forget its original impact on me, as a younger reader. I would change nothing, except the narrator. All of Miss Norton's works carried a richness of detail and excitement, drama and impact of high adventure that preclude the effrontery of second-guessing the author.

Shan Lantee (rhymes with Ann or "an", not, as the narrator so badly mispronounces, like Shane), the central protagonist is the character that stands out and, really, no other choice is possible. It is he who tells the story, lives it and carries the reader or listener along with him to experience the fullness of the adventure of the strange planet Warlock, ruled, not by warlock, but by a civilization of alien, female, witches. It is he who, finds a peculiar kinship with the witches that allows him to forge a bond which overcomes prejudice and strangeness to allow the story to reach a triumphal conclusion.

The performance could have been better by employing a reader who, first of all, was capable of pronouncing the central character's name acceptably, something that should have been simple and obvious. Secondly, and more importantly, the performance is so deadpan and lifeless as to detract significantly from the story and its impact.

Was Storm over Warlock worth the listening time?

Despite a certain commonality among her many works which, in no way, detracts; Andre Norton's huge body of work was ever unique. Other authors certainly have written as well as she, but she had a uniqueness that will ever make her stories a special treat.