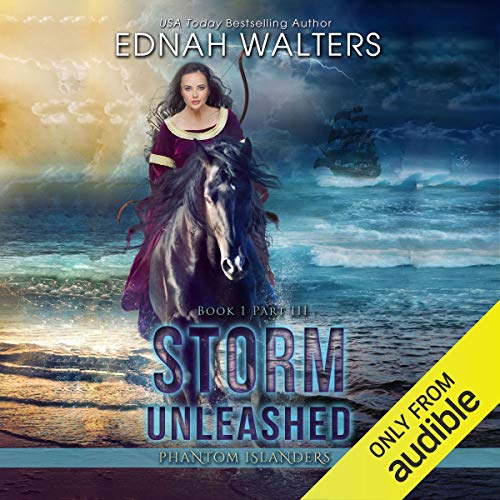 By: Ednah Walters
Narrated by: Erin Mallon
Try for $0.00

Legends Are Made When All Seems Lost

The magical world Lexi has come to know isn't done with her yet, and she must discover the lengths she and Storm will go to prove their love and claim each other.

Lexi has been kidnapped and transported to HyBrazil, where Storm's evil brother reigns. He plans to make her his mate after he forces her to change. He has her locked in the tower until he breaks her. But Lexi never gives up and is always looking for a way to get back to Storm.

Pirates, Pirates and More Pirates Then an Oracle

Lexi thinks Storm is alive, but she isn't sure. She makes a few friends, but she is always waiting for Tully to grab her. The Oracle has been doing something very dangerous to the old woman in the next cell. Who is she? And why has she been sequestered to the tower?

Action dominates the end of this three-part adventure and romance series, along with some huge reveals. Set aside some time after listening to the first two books in the series. You won't be able to pause the last installment!

This is part III of a three-part upper YA and new adult serial about a woman and her journey of discovery, adventure, and an unforgettable love.

What listeners say about Storm Unleashed

I absolutely love the story and narration. I have no clue how some of the authors create such wondrous stories or how the narrators have such range with the character's voices but I am grateful for it! It brightens my world in a way nothing else can!

Nooo it can't be finished!

How could it end like that? There needs to be a part 4! What about her friend Jo and the Skylar girl? Great ending but want more!