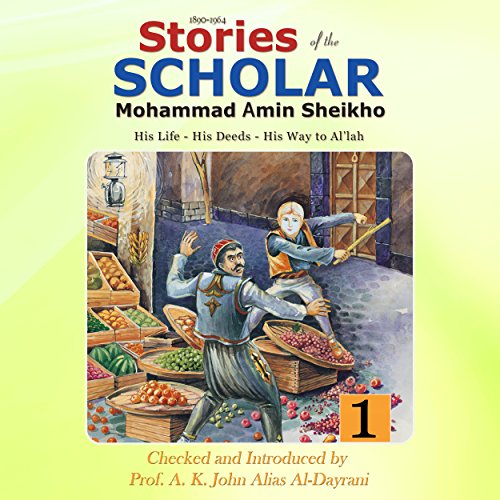 Precept: Interpretation of the Holy Qur'an.

Scholar Sheikho was born in al-Ward district in Sarouja Quarter, one of the historical districts of Damascus, in Syria which was called mini-Istanbul during the period of the Ottoman rule. He was raised in an Arab style house situated opposite the famous public al-Ward Bathhouse. This house stands there to the present day.

Scholar Sheikho was still young when his father, the merchant Ismael Sheikho, departed this world. Mohammad Saleem, the only and elder brother of Mohammad Amin, was assigned as a director of the Military School during the Ottoman rule.

At the age of 12 the boy who was to become the great scholar was enrolled at al-Rashidiya School, he then went on to complete his studies in Amber, the Royal Ottoman Faculty in Damascus. He received many certificates of praise and commendation during the Ottoman rule and then under the reign of King Faisal in Syria. There are many copies of these certificates still preserved in trustworthy hands.

One of His Pupils

Professor A. K. John, alias al-Dayrani is the best known and most distinguished among the pupils of Scholar Sheikho. He received a certificate of General Education (a Syrian certificate which included the study of nine different sciences). Prof. al-Dayrani collected and verified more than 50 books which were dictated by Scholar Sheikho and written on his behalf.

Therefore his name is always mentioned in association with the name of Mohammad Amin Sheikho.

What listeners say about Stories of the Scholar Mohammad Amin Sheikho