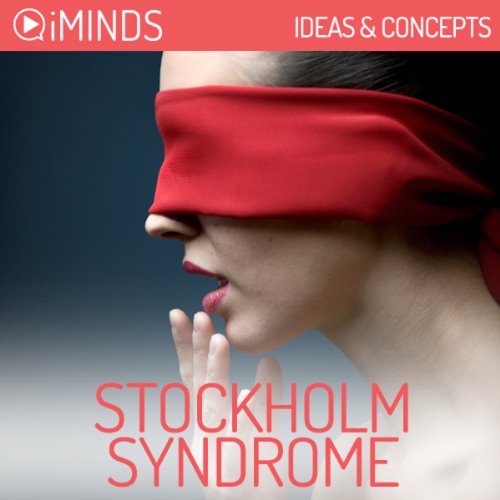 Learn about Stockholm Syndrome with iMinds insightful audio knowledge series.At first glance two of the 1970's most notorious bank robberies would seem to have nothing in common. They occurred eight months apart, for different motives, on opposite sides of the globe. But these two incidents would prove seminal to the development and understanding of a curious and once controversial psychological condition; Stockholm Syndrome.

On the 15th of April 1974, the Sunset District branch of the Hibernia Bank in San Francisco was robbed. Security footage showed a young, attractive urban guerrilla brandishing a machine gun and ordering people in the bank to lie face down on the ground.

The term Stockholm Syndrome had been coined less than a year earlier by psychiatrist Nils Bejerot after the robbery of the Norrmalmstorg Kreditbanken in Stockholm. The bungled robbery resulted in a hostage situation during which four bank employees were held captive for more than five days from August 23rd to August 28th 1973.

What listeners say about Stockholm Syndrome

This excerpt identifies the complexities in the minds of survivors under serious life threatening situations.

Stockholm syndrome in a nutshell

Stockholm syndrome in a nutshell, thank you. Perceived dependancy together with a disconnection from the outside world makes the "child" dependent on their captives such as the Church of Scientology.

Nice little bit of trivia knowledge. It wasn't deep, and isn't meant to be so. Just a quick bit of knowledge on something that I already knew little about. Now I know a smidge more. Great way to pass 7 minutes. I don't know that I would pay for it separately, but it is free with my Audible membership. Nice little perk value.