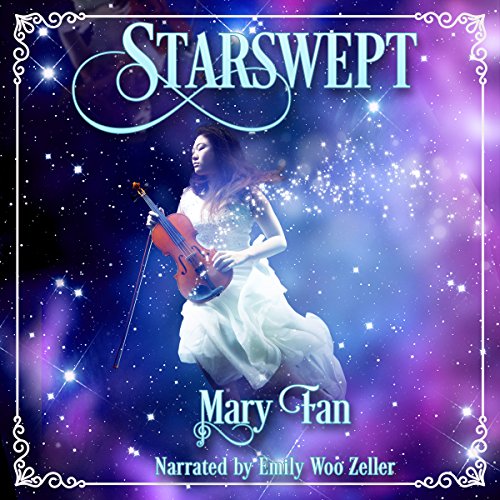 Some melodies reach beyond the stars.

In 2157, the Adryil, an advanced race of telepathic humanoids contacted Earth. A century later, 15-year-old violist Iris Lei considers herself lucky to attend Papilio, a prestigious performing arts school powered by their technology. Born penniless, Iris' one shot at a better life is to attract an Adryil patron. But only the best get hired, and competition is fierce.

A sudden encounter with an Adryil boy upends her world. Iris longs to learn about him and his faraway realm, but after the authorities arrest him for trespassing, the only evidence she has of his existence is the mysterious alien device he slipped to her.

When she starts hearing his voice in her head, she wonders if her world of backstabbing artists and pressure for perfection is driving her insane. Then, she discovers her visions of him are real by way of telepathy and soon finds herself lost in the kind of impossible love she depicts in her music.

But even as their bond deepens, Iris realizes he's hiding something from her, and it's dangerous. Her quest for answers leads her past her sheltered world to a strange planet light-years away, where she uncovers secrets about Earth's alien allies that shatter everything she knows.

What listeners say about Starswept

Coalesce of romance，fantasy ，and imagination. Beautiful narration and voices. Best story of its kind