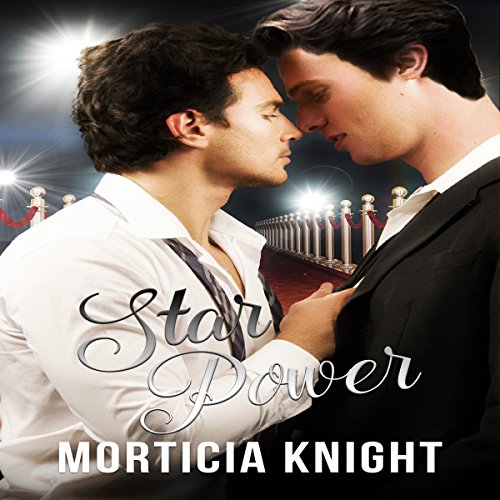 By: Morticia Knight
Narrated by: Will Triolo
Length: 2 hrs and 55 mins
Categories: LGBT, Romance
4 out of 5 stars 4.1 (16 ratings)
This title is included in Audible Escape

By: Morticia Knight
Narrated by: Will Triolo

They must face a dangerous stalker before they can have their Hollywood ending....

After a few cinematic bombs lower his box-office appeal, actor Adrien Fury wants Harrison Langford to bring his career back to superstar status. And if he could ever get him alone, he'd also love to know more about his mysterious and handsome agent.

Harry has loved Adrien for years, but has never revealed his feelings. He keeps things professional between them, and will do whatever it takes to make sure Adrien gets what he wants. When increasingly disturbing letters show up at his agency threatening horrible things against the man he loves, Harry vows to protect Adrien at all costs.

Adrien and Harry are on the verge of revealing their true feelings to each other when danger strikes. Maybe they can share a lasting love...if Adrien's stalker doesn't get to him first.

"This short novella sizzles from start to finish with a tight suspenseful plot that keeps you guessing until almost the very end. Harry and Adrien are so hot together, and the epilogue is delicious." ( Gay Book Reviews)