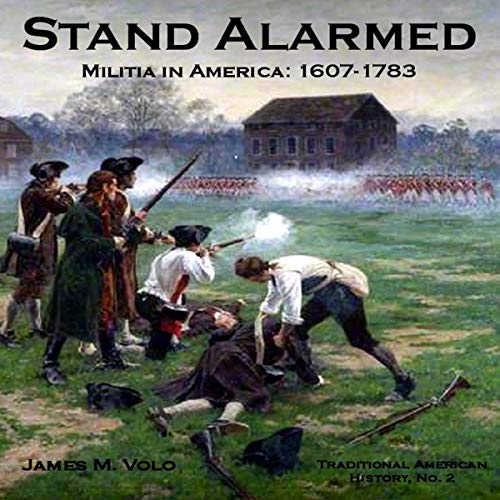 On the surface, the causes of the Revolution have disappeared along with its lappets, bonnets, and periwigs; but the causes of dissatisfaction with government are deep-rooted and sprout new growth periodically. The similarities between the situation in pre-revolutionary America and the United States today are striking for any honest observer.

In almost every case, a widespread and unremitting contempt for established authority coupled with a libertarian, leave-me-alone attitude seems best to unify many of the cross-generational attitudes toward government passed down throughout these histories.

Second in a series based on the Bill of Rights, this is a book for those who believe that clinging to their guns and their Bibles is part of being American. An affordable book for home schoolers and others interested in history without propaganda.

What listeners say about Stand Alarmed, Militia in America 1607-1783