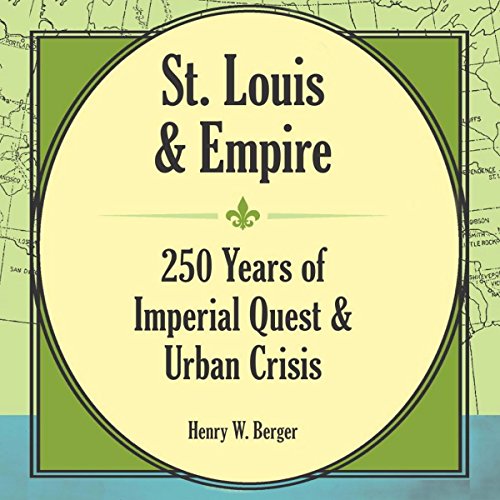 By: Henry W Berger
Narrated by: Nate Daniels
Try for $0.00

St. Louis, despite its status as an inland river city frequently relegated to the backwaters of national significance, has stood at the crossroads of international matters for much of its history. From its 18th-century French fur trade origins to post-Cold War business dealings with Latin America and Asia, the city has never neglected nor been ignored by the world outside its borders. In this pioneering study, Henry W. Berger analyzes St. Louis's imperial engagement from its founding in 1764 to the present day, revealing the intersection of local political, cultural, and economic interests in foreign affairs.

Berger uses a biographical approach to explore the individuals and institutions that played a leading role in St. Louis's expansionist reach. He shows how St. Louis business leaders, entrepreneurs, politicians, and investors - often driven by personal and ideological motives, as well as the potential betterment of the city and its people - looked to the west, southwest, Latin America, Europe, Asia, and the Pacific to form economic or political partnerships. Among the people and companies Berger profiles are Thomas Hart Benton, cotton exporters James Paramore and William Senter, St. Louis oil tycoon and railroad investor Henry Clay Pierce, entrepreneur and politician David R. Francis, and McDonnell-Douglas founder, James S. McDonnell Jr.

What listeners say about St. Louis and Empire