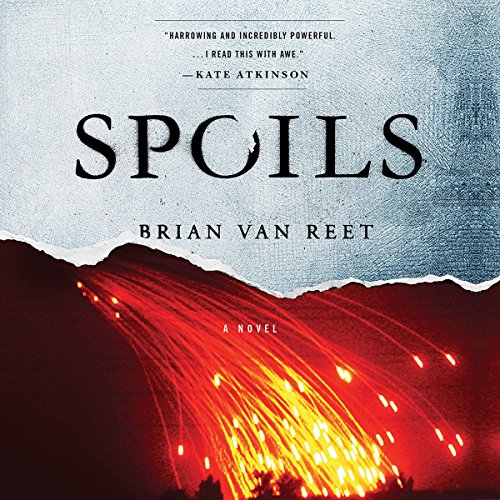 The Kite Runner meets The Things They Carried in this explosive debut that maps the blurred lines between good and bad, soldier and civilian, victor and vanquished.

It is April 2003. American forces have taken Baghdad and are now charged with winning hearts and minds. But this vital tipping point is barely recognized for what it is, as a series of miscalculations and blunders fuels an already-simmering insurgency intent on making Iraq the next graveyard of empires.

In dazzling and propulsive prose, Brian Van Reet explores the lives on both sides of the battle lines: Cassandra, a 19-year-old gunner on an American Humvee who is captured during a deadly firefight and awakens in a prison cell; Abu Al-Hool, a lifelong mujahedeen beset by a simmering crisis of conscience as he struggles against enemies from without and within, including the new wave of far more radicalized jihadists; and Specialist Sleed, a tank crewman who goes along with a "victimless" crime, the consequences of which are more awful than any he could have imagined.

Depicting a war spinning rapidly out of control, destined to become a modern classic, Spoils is an unsparing and morally complex novel that chronicles the achingly human cost of combat.

"Brian Van Reet's beautiful, intense, and at times disturbing novel Spoils traces the motivations and desires of combatants on both sides of the Iraq War, showing us what happens when increasing violence and chaos start to warp the choices they're able to make." ( Phil Klay, author of Redeployment)
"Van Reet's lean prose accommodates a laconic style suggesting military reports and detail-rich context fed by a keen eye and memory. He embeds the reader with the unwashed troops in a cramped Humvee, in a dark cell where only screams penetrate, and in the mind of a Muslim fighters with two decades of campaigning, a dead son, lost wife, scant wins, and more doubts than faith can ease. A fine piece of writing that should stand in the front ranks of recent war novels." ( Kirkus)
"In his debut novel, Brian Van Reet sets his characters on a collision course amidst the chaos of the early stages of the Iraq War...As the story unfolds, flesh and convictions are pitted against each other, drawing blood with every inch surrendered.... At its core, Spoils is a narrative of intertwining struggles, with each character bound and trapped by the Iraq War in one way or another. The storytelling is both intense and surreal.... In time, Van Reet's Spoils may become a classic of the Iraq War." ( Foreign Policy)

disappointed after all the hype

this book was hyped as one of the best of 2017. I found it a little slow honestly. While it has a very realistic ending, the middle of it really drug along for me. The narrators were out standing.