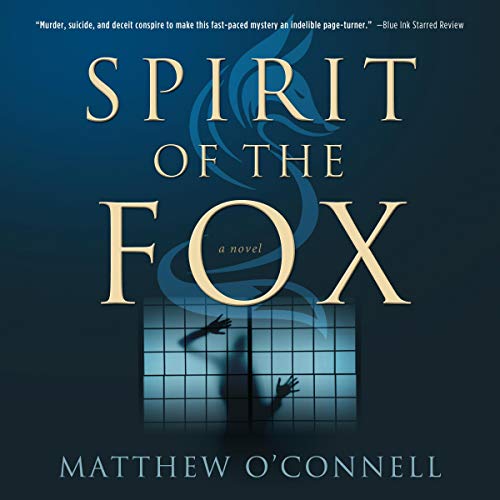 Spirit of the Fox

By: Matthew O'Connell
Narrated by: Merphy Napier
Try for $0.00

She’s lost her mother and her memory. And if she fails to escape...she’ll lose herself.

Meiko Wright wants nothing to do with the mother who abandoned her nine years ago. Spending a year in Tokyo, where her mother lives, won’t change that fact. But when she takes a nasty fall in a Shinto temple, she wakes with no memory of her mother...or anything of her past life. Without any idea who she is, she must rely on the kindness of a local priest who offers to help her as best he can. When the amnesiac Meiko wakes with a strange suspicion that something isn't right, she vows to escape from a bond she doesn't truly understand.

After years apart, Meiko’s mother Chieko is determined to make up for lost time. But when her daughter mysteriously disappears, Chieko promises she won't lose her again. Along the trail of clues, the detectives working Meiko’s case discover a pair of suicides linked by a strange seductress and matching fox tattoos. Afraid her daughter may be next, Chieko visits a local shaman who tells her dark spirits could make her attempt for a rescue impossible.

With time running out, Meiko and her family must uncover the mystery of her mental captivity before she loses herself and her only way home forever.

Spirit of the Fox is a cerebral mystery novel. If you like Japanese culture, riveting suspense, and the power of family, then you’ll love Matthew O’Connell’s intersection of science, spirituality, and folklore.

Buy Spirit of the Fox to puzzle out a mind-bending mystery steeped in Japanese folklore today!

What listeners say about Spirit of the Fox