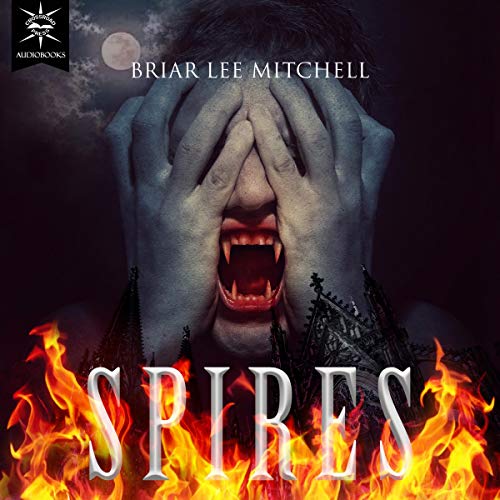 By: Briar Lee Mitchell
Narrated by: Dick Terhune
Try for $0.00

An explosion in a chemical factory turns an ancient German cathedral into an inferno. Unable to save the centuries-old structure, firemen and townspeople watch in horror and sadness as the venerable building, standing since the time of Charlemagne, crumbles to the ground in flames, smoke, and ash.

The true horror, though, is what had been imprisoned deep beneath the stone monstrosity and is released into an unsuspecting world. Villicus Shanks, a powerful vampire during the Middle Ages, a time when vampires warred amongst themselves to feed on the few humans left alive during the plague, was imprisoned by those who feared him the most — his own kind.

Let loose back into a world brimming with money, greed, power, and huge herds of people, Villicus’s thirst for blood and revenge seems unquenchable until he meets Amanda Brax, a human woman, who steals the heart he thought he no longer possessed. His love for her is tested when he finds the two vampires who imprisoned him, Bale and Nikonar. The two bloodsuckers, who are shocked at his surviving such a lonely and devastating imprisonment, seek his destruction once more by trying to take Amanda from him.

What listeners say about Spires