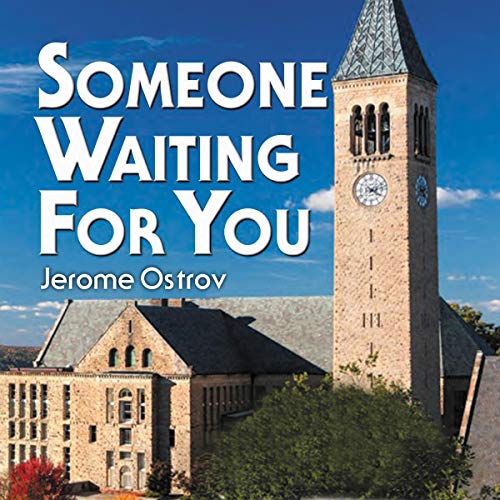 Someone Waiting for You

By: Jerome Ostrov
Narrated by: David Sweeney-Bear
Try for $0.00

Someone Waiting for You is the second of two novels comprising Jerome Ostrov's World War II saga When Country Calls. The story begins in August 1936 as Jonathan Sternbloom and his best friend Charlie Brody, both recent graduates of London's prestigious St. Paul's School, prepare to disembark from the RMS Queen Mary. They are headed for Cornell University, where they have received scholarships to play soccer.

Originally from Hamburg, Germany, Jonathan has already experienced many of life's highs and lows, especially the brutal death of his mother at the hands of Nazi Brownshirt thugs. As Europe trembles in the face of an increasingly bellicose Hitler, Jonathan and Charlie find opportunity in an America which, despite its ongoing struggle with anti-Semitism, is still a marvel of acceptance.

When war breaks out, Jonathan, now a medical student, enlists. From that point, the story follows Jonathan's medical unit through the great theaters of the war in Europe. As the war grinds on and the world begins to learn of Hitler's unimaginable atrocities, the listener is reintroduced to Jonathan's extended family in war-ravaged Poland and to Charlie's relatives in occupied Denmark. Through tragic loss and uncommon determination, the family stories begin to converge until they reach their unexpected conclusion in yet another country of opportunity: Israel.

What listeners say about Someone Waiting for You