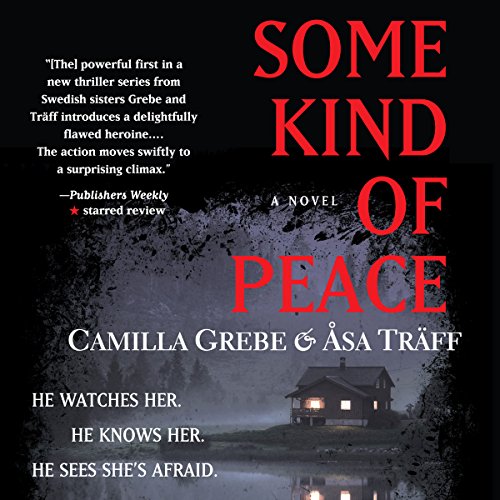 Some Kind of Peace

By: Camilla Grebe,Åsa Träff
Narrated by: Caroline Shaffer
Try for $0.00

Dr. Siri Bergman runs a private psychotherapy practice in central Stockholm with her best friend Aina. Since her husband's death in a diving accident, Siri has lived alone in an isolated cottage outside the city. Terrified of the dark, she drinks wine to steady her nerves and leaves the lights on when she goes to bed, unable to shake the feeling that someone is watching through her windows. When the lifeless body of a young patient is found floating in the water near Siri's cottage, she knows that someone has been watching her - and he's coming for Siri next. But she is not alone. With a young policeman named Markus, she begins her own investigation. As Siri's past and present start to merge and disintegrate, virtually everyone in her inner circle becomes a potential suspect.

A breathtaking listening experience, mixing hairpin-turn plot twists with gorgeously lyrical prose, Some Kind of Peace is keeping listeners all over the world on the edges of their seats.

"This powerful first in a new thriller series from Swedish sisters Grebe and Träff introduces a delightfully flawed heroine. . . . The action moves swiftly to a surprising climax." ( Publishers Weekly)

What listeners say about Some Kind of Peace