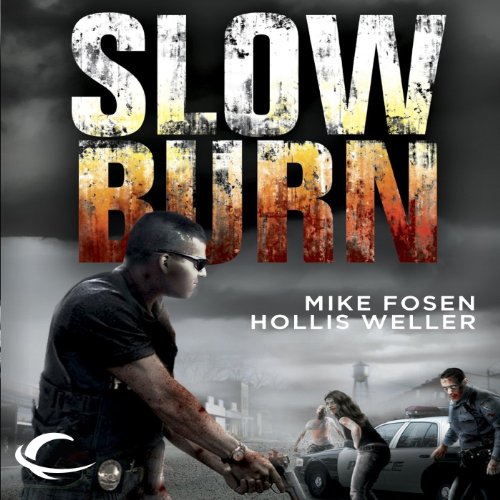 By: Mike Fosen,Hollis Weller
Narrated by: Basil Sands
Free with a 30-day trial

For decades, the Mexican drug cartels looked at the United States of America as a business partner. The cartels supplied the drugs, and the millions of American addicts supplied them with an endless amount of money. But when the War on Drugs heats up and the money alone is not enough, the cartels decided to up the ante. With the help of a ruthless Russian mercenary, they unleashed a lethal bio-weapon, initially conceived during the Cold War to quickly bring the West to her knees. Skillfully deployed, the virus initially worked as designed. What started as a slow burn soon spread at an exponential rate, decimating the host population. Finally powerful enough conquer a stricken nation, the cartel stood ready to move in and enslave the surviving population. But unknown to their leaders, the virus had a small side effect. The infected victims refused to stay dead, and had an agenda all of their own.

For two veteran police officers and their small group of friends, the first day of the outbreak starts out like any other. Random fights and car accidents keep them busy, that is until they are confronted with a new and unexpected enemy. Each one of them is forced to confront the unthinkable. Zombies were real, and craving the living with an insatiable appetite.

Against the full specter of a society crumbling around them, and the dead stalking the living in the streets, it will take all of their skill, knowledge and courage to survive. They see terrifying news broadcasts and learn of hastily constructed refugee camps and an overmatched military stretched to the limit. Yet, amongst all of this, they still face enemies among the living as well. Armed gangs free to roam the streets. Powerful men who want to play politics with peoples lives, and wolves in sheep's clothing. Together, the group faces an uncertain future as they struggle against relentless enemies, living and dead, in a devastated America.

What listeners say about Slow Burn

Awesome Book. A must read.

I actually bought this book 3-4 months ago and started and stopped it a couple of times, not being able to get past the first 60 minutes. Luckilly I recently just finished another book and didn't have a new book downloaded on my phone so I decided to give Slow Burn another go. It turns out that this is quite easily one of my favorite Zombie Genre books, and if you look at my library you can see my vast collection of zombie, prepper, post-apocalypse books.

As I said that first hour is a little slow, but after that the story gets going. This is a great start to what looks to be an incredible series. With multiple story lines I'm really excited to find out where they are all going to intersect.

This book contains some good zombie action and the narrator is excellent. However, what prevented me from giving this book a higher rating is the obnoxious attitude toward women displayed throughout this book. Apparently, in this universe, it is okay for the men to stare frequently at women's anatomy, and say and do things that would get them arrested for sexual harrassment anywhere else. Also, the women apparently don't mind this behavior, and are willing to "provide attention" to the male characters. This is why I rated the story as low as I did.

Troglodytes in the Zombie Apocalypse

It was terrible. I allowed myself to be tortured through approximately 60% of the novel. A bunch of barely self-aware idiots trying to survive the zombies. The narrator's nearly mono-tonal delivery was the crappy icing on the manure cake.

Pretty good but pretty basic zombie story. Very violent, sexist, etc. It definitely has a good old boy vibe to it. However, it has a lot of action and well-drawn characters that keep it flowing along. Narration is average. He has difficulty with female voices.

This book ok. The narrator talked too slow for me, so I had to speed the book up. There were a lot of characters in this book and it was hard at times to keep up with who was who.